Coming to a plate near you

From the rise of fine dining in Manchester to the increasing appeal of Portuguese wine, Sophie Morris predicts the best food trends of 2020 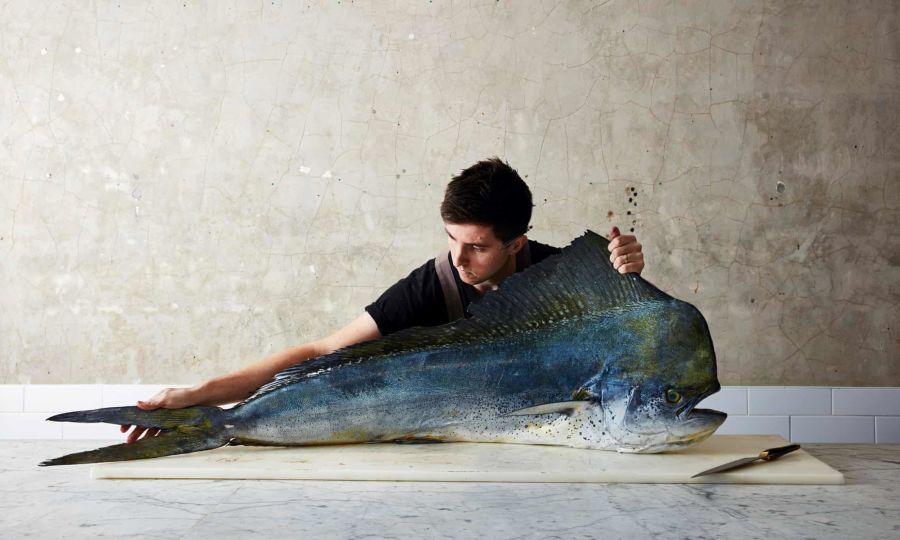 FIN-TO-GILL EATING The brave among us might suck on prawn heads and chew cod cheeks, but we’re still wasting about 60 per cent of all the fish we eat. Read Josh Niland’s The Whole Fish Cookbook and the scales will fall from your eyes: there are flanks and cutlets over fillets, fish liver to flavour sauces, fish black pudding, fish throat sausage and crispy deep-fried fish eyes to name a few. See also: seacuterie, which we’ll be covering in more, er, depth soon.

TIDY KITCHENS The Mrs Hinch and Marie Kondo cleaning and decluttering craze has entered the kitchen, according to Waitrose. Two-thirds of us have sorted out our kitchens in recent months, a third have organised our cupboards, while 9 per cent of shoppers are taking Tupperware to supermarkets to scale back on packaging.

The tidy kitchen trend is practical as well as psychological, as “an uncluttered kitchen equals an uncluttered mind”, the supermarket announced in its 2020 Food & Drink Report.

MANCHESTER Britain’s been pulling up its dining out bootstraps all century, but the most improved award goes to Manchester.

The city bagged its first Michelin Star since 1977 in 2019, and food has joined Factory Records and football as one of its main draws.

BRITISH DAIRY BEEF Dairy beef is meat taken from retired dairy cows, which would otherwise be used for low-quality mince or burgers. Vaca vieja (Spanish for “old cow”) will be more than six or seven years of age, so we couldn’t eat it before BSE laws were relaxed in 2005. Chefs began importing it from the Basque Country, but can now source this same product from the UK.

“It took an initial few farmers to bite the bullet and invest in fattening up old dairy cows,” explains Ollie Templeton, who serves dairy cow from all over the UK in his London restaurant Carousel. “There’s now enough supply and demand for the price of dairy cow to be cheaper than importing it.” In the capital you’ll also find dairy beef at the restaurants Goodman, Chiltern Firehouse, Kitty Fisher’s and Beast.

You can try it at home, too: butcher Turner & George sells a number of cuts you can try in its UK dairy taster box.

SUSTAINABLE SPIRITS It’s been hard to keep up with all the innovation in the alcohol-free arena in 2019. If you’re still drinking, take heart from a growing number of responsible players in the industry.

Delicious HYKE gin is made with surplus table grapes, trimmed off during packaging, while its sister gin, Foxhole, is made from byproducts of the English wine harvest.

Greensand Ridge in Kent was recently named the UK’s most sustainable distillery, and distils surplus produce from local farmers as well as leading the pack on how it uses energy, water and chemicals.

SEA VEGETABLES Searching out new greens to add interest to your cooking? Waitrose is tipping sea vegetables for the limelight in 2020. They were good enough for Rick Stein in Secret France, so they’re good enough for any of us.

Think samphire, kelp, algae, nori and sea purslane, which all give meals a whack of umami, as well as the use of seaweed as a seasoning over salt. And look out for niche emerging diet “seaganism”, a vegan diet incorporating sustainable seafood.

THE FUTURE OF PROTEIN A third of us are eating less meat and fish than two years ago, one in eight is vegetarian or vegan, and 21 per cent describe themselves as flexitarian. But we still need and want protein, and are looking for “fake” meats at both ends of the market.

Food consultant Lisa Harris of Harris & Hayes says: “A duality will emerge on the future of protein: big businesses will increasingly adopt hyper-processed meat alternatives, such as the Impossible Burger, for convenience food, but the higher-end, consumer-led market will be seeking ‘natural’, simpler solutions, such as Neil Rankin’s recent Simplicity Burger, a vegan burger restaurant, as an alternative protein.”

NU WASTE There are many pretenders to a zerowaste lifestyle, but chef and pioneer Doug McMaster operates his kitchen at Silo in east London without a bin and has coined the phrase “Nu Waste” to describe his attitude. “It’s looking at waste not as something to bury into landfill, but seeing it as a material that has the opportunity to be reborn,” he says. McMaster has done this with plastic and glass, and produces no waste food, but acknowledges how hard it is for most restaurants to bin their bins without systemic change. Still, he has high hopes we can eliminate single-use plastic within a decade. You can read all about it in his book Silo: The Zero Waste Blueprint.

PORTUGAL Portugal was the only EU country that increased wine production in 2019 despite bad weather, and both volume and sales were up by over a third. Long overshadowed by the country’s reputation for port and the memory of Mateus Rosé, you’ll now find complex, crisp vinho verde and robust reds from the Dao and the Douro regions in supermarkets.

On the food side, we’ve fallen for Portugal’s custard tart, the pastel de nata. If you don’t already know where to get your hit, try pasteis at one of two new Santa Nata cafés in London’s Covent Garden, Portuguese Taste at Bristol’s St Nicholas Market - or Nando’s. The South African-owned, Portugal-inspired chain popularised chicken piri piri here and now it’s gone upmarket, with Casa do Frango in south London’s Bermondsey giving any Algarvian churrasqueira a run for its chicken.

SPREAD CENTRAL If you have a favourite ingredient that hasn’t been made into a butter yet, 2020 is the year it’ll happen, according to Whole Foods Market.

We’ve already tipped tahini for the big time, but look out for other seed butters, such as pumpkin, and new vegan spreads such as olive and sunflower ghee.