It can be a challenge to get your little ones to eat new dishes without any tantrums or tears. Will a novel approach pay off for Sophie Morris and her daughter 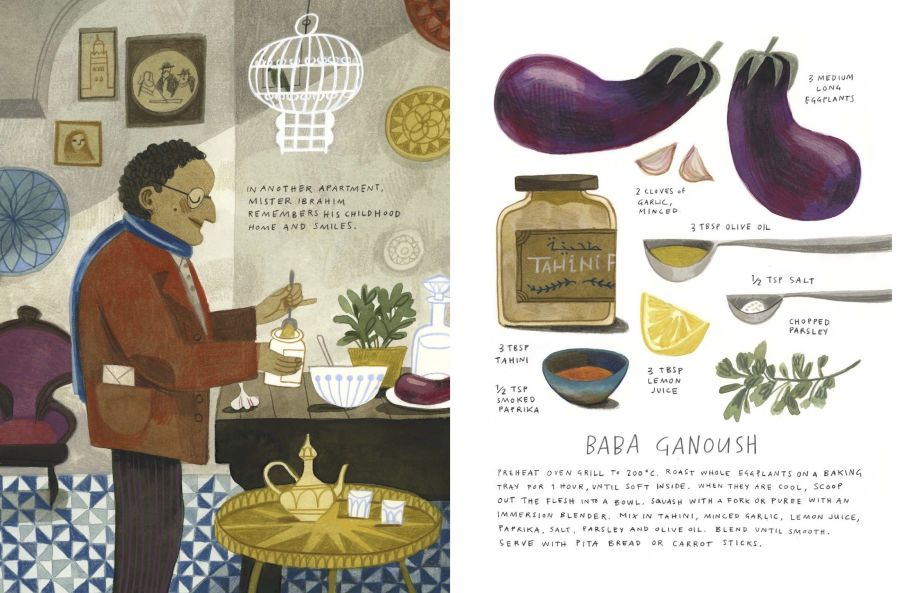 Each recipe is illustrated so your child can see the ingredients

My little girl looks at the broccoli “trees” with suspicion. She helped to prepare them, so she knows what’s gone into the dish: minced ginger, sesame oil, sesame seeds and soy sauce. Percy (pictured right) eats broccoli (don’t hate me if your child doesn’t - read on for the solution) but has a careful disregard for ingredients mixed together in any way, other than pasta covered in pesto. She’ll eat a smorgasbord of 21stcentury toddler finger food - hummus, crackers, carrot sticks - but I’ve almost given up trying to feed her food that’s been cooked from an actual recipe. You know the stuff: food that tastes good and which her parents can enjoy at the same time.

We have a few children’s recipe books, and she loves the Gruffalo cookbook. We’ve made half the dishes - from fox sandwiches to frog muffins and potato owls, all great fun, but yet more finger food. She’s a great help in the kitchen: she has a penchant for peeling and will strip a bag of onions while I’m boiling the kettle, but she rarely wants to actually eat the meals I cook with her. Step forward “little trees” from Lunch at 10 Pomegranate Street, a story book of recipes from Italian illustrator Felicita Sala, who lives in Rome with her husband and fiveyear-old daughter. Sala already has a clutch of awards for her illustrations but this is her debut as an author, and it comes recommended by the maestro of mixing cuisines himself, Yotam Ottolenghi.

The sesame soy broccoli is a stir-fry made by Mister Ping - one of the fictional residents at Pomegranate Street - for his nephew Benjamin.

My three-year-old helps me break two heads of broccoli into small florets and stands back while I fry ginger in a little sesame oil in a hot wok, then add the florets. Together we measure one tablespoon of sesame oil and two tablespoons of soy sauce into 100ml of water, mix it together, then pour this on the broccoli and cook it for a few more minutes. Finally we toast sesame seeds in a dry pan and sprinkle these on top.

When it comes to the tasting, she picks a piece up and turns it round in her fingers for inspection. She giggles nervously and says she’s going to love it, a sign she’s unsure. She sniffs it, and I sigh, assuming it’s game over. But once it finally makes its way into her mouth her face breaks into a smile. She says it’s delicious.

I am delighted. Obviously I never expected to reach a stage in life when a child eating a vegetable would send a joyous lurch through my stomach. No one does. But sweet, fragrant sesame and salty sticky soy is one of life’s great combinations and my child has recognised this. Please try this sauce on any veg if you’re struggling to pack them into your offspring. We also make a coconut dahl.

Each dish is illustrated with drawings of the ingredients and of the Pomegranate families making it in their apartments, along with a brief method. Together the 15 recipes make a feast, which all the residents share in the garden at the end of the book.

“I didn’t want to make a simple collection of recipes, or a book about ‘food for kids’,” explains Sala. “There are plenty of books of this kind out there. I wanted to make a picture book, with a unifying thread, which told the story of certain people, which to me are the most interesting thing to talk about and to observe.”

It’s true there is much more to this book than recipes, and between the guacamole, sole meunière, mini quiches and baba ganoush, Percy asks about Mister Ibrahim’s ornate tea set and Mister Singh’s turban.

“It was obvious that each recipe had to represent a person behind it, with a story,” continues Sala. “When you live in an apartment in a big city, there are different cooking smells wafting out of each apartment at dinnertime as you walk up the stairs, and that is such a great thing.” The dahl starts off well. Percy tries the coconut milk from the tin and drinks four or five spoonfuls with a smile on her face.

While I’m chopping the carrot and onion, I give her a piece to work on with her kiddie (blunt) knife and she practises holding her hand in the right position. Once they’ve softened I add minced garlic and ginger and Percy spoons out one teaspoon of turmeric, two tablespoons of curry powder and three of tomato paste. She adds all this to the pot. We add 400g red lentils, one litre of water and simmer for 20 minutes before adding the coconut milk and simmering some more.

When this hits the table, a pleasing casserole of reddish brown dahl, I sense Percy’s nervousness again. I hadn’t fully connected fear with this frequent refusal to put something new and unknown in her mouth. I just found it frustrating. Although I am acutely aware of what she eats, I try not to make a big deal about anything she won’t eat.

But I’m so keen for her to try the dahl. She eats all her white rice first. Then she finishes the trees. Then she eats a spoonful of dahl and says she likes it but doesn’t want any more. I can’t leave it at that - and trade her an empty bowl for an ice lolly. I win and she finishes her serving, which she wouldn’t have done if she didn’t enjoy it. Ice lolly in hand, she flicks through the book and chooses a black bean soup to make the following night, which Sala says is her own daughter’s favourite.

We enjoy making it although she eats less than the previous evening. Nonetheless she likes the beans and says she’ll eat them again.

Across these few recipes are so many new flavours or tastes I’d given up trying on her, thinking I was wasting my time. There’s no formula for getting children to try new foods, and many a gastronomic toddler ends up eating mostly chicken through their teens. At this stage I’m looking for the possibility of sitting down for a 20-minute slot where there is some eating and no screaming. Felicita Sala, I salute you.

‘Lunch at 10 Pomegranate Street: a collection of recipes to share’ (Scribble Books, £12.99) is out now

Three more titles to devour
THE KEW GARDENS CHILDREN’S COOKBOOK: PLANT, COOK, EAT Caroline Craig and Joe Archer Wayland, £12.99 By connecting the recipes with produce grown in the garden, this is much more than a cookbook and will take your children on an adventure through the seasons.

THE SILVER SPOON FOR CHILDREN: FAVOURITE ITALIAN RECIPES Amanda Grant and Harriet Russell, Phaidon, £17.95 This new edition will take children well past the limitations of pesto and bolognese.

MY FIRST COOKBOOKS: PANCAKES, PIZZA, TACOS AND COOKIES! Lotte Nieminen Phaidon, £49.95 Each of these beautiful books is available on its own for £9.95, so the set of board books for ages two to four makes a very indulgent gift, but the wheels, tabs, textures and sliders immerse kids in a world of fun food.