Whether you’re under canvas or on the road this summer, dinner doesn’t have to be beans and a burnt banger, writes Sophie Morris 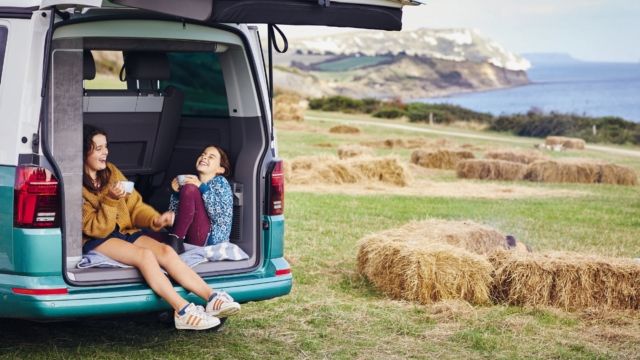 As we welcome another summer with rules and expectations different to any before, the search for rest and relaxation, new horizons and fresh adventures has taken a different tack. Holidays in the UK are the thing, with the popularity of camping out in a van or under canvas soaring. The number and variety of glamping options is also up; take your pick from tipi, treehouse to shepherd’s hut and escape the four walls of traditional dwellings for a different kind of holiday. “We think 2021 is going to be like a cork popping from a bottle,” said the director of the Caravan and Motorhome Club, Nick Lomas, when asked by the BBC how Britons would take to campsite holidays this year.

It’s no secret that the once-simple pleasures of camping trips have been commodified. Many campsites have shops and cafés and food trucks pulling up every night. Want a hot tub with your yurt? Done. On a recent wet weekend under canvas, I saw the spoils of those who had worked from home on full pay for the past 16 months, as SUVs pulling trailers appeared and their owners pumped up tents the size of tennis pitches.

Comfort is key, but the DIY element of camp cooking is part of the allure of the holiday itself. It takes time to heat up the water for a cup of tea and patience to bake potatoes in a fire, and that’s the point. A recent success of mine was a four-ingredient lamb kofte. I brought fresh mint, sour cream, a pot of baharat spice and lamb mince from home, mixed the spice and mince and formed the kofte around kebab sticks. A friend contributed “London’s best pitta bread” and we didn’t even need plates.

“People think cooking when camping is sausage in a bun and that’s it,” the chef Claire Thomson tells me. “So they’re often surprised when they bump into us and we are cooking nice food. I don’t want to eat inferior food when I’m not at home, and I’d be doing myself a disservice as a chef and a food writer if I did.”

As it happens, Thomson does make a good sausage in a bun, but her version comes with fried sauerkraut and gherkin ketchup mayo, or there’s cornbread toadin-the-hole cooked in one pan on a hob. Thomson and her husband Matt Williamson, also a chef, have created possibly the most useful book of the summer for happy campers, a cookbook of 70 recipes and the ultimate advice and kit lists for anyone taking off to sleep under the changeable British skies.

The couple had planned to drive around France last year with their daughters Grace, Ivy and Dot but instead found themselves escaping their Bristol home for a number of mini-jaunts - to Pembrokeshire, Cornwall, Dorset, Devon and Shropshire - and producing Camper Van Cooking (Quadrille, £20) on the road. One of these proved “the worst holiday ever,” says Thomson. “It rained every single day. I was trying to be chipper for the kids, but it broke me on day four. But you laugh about it in the end. And if it’s pouring you have to be imaginative - buy an awning, set up a little table and play cards.”

Her top tips? Plan ahead and keep it simple. Take your first night’s meal with you - something that can be easily reheated like a soup, chilli or tagine. You’ll be keen to eat after the travel and setting up camp.

Better still, take a frozen dish, or some bags of frozen veg, and you have yourself an effective wine cooler. Don’t drive yourself mad with a poor knife, take a proper one, along with a decent chopping board and washing-up bowl. Take store cupboard items from home, such as dried and canned foods, cereals, spreads and snacks, but orient your menus towards your destination - use farm shops and take advantage of the fresh seafood if you are by the sea. Cartons of long-life or plant milk are your friends.

“You have to be organised and things take longer, but the creation of the food is part of the day’s activity, something you do collectively as a family,” she explains. “The whole point of camping is for the evening to be different.”

Three nights is usually my maximum under canvas, but Thomson’s book makes me think I can manage more. She suggests fish tandoori with mango raita, halloumi, potato and jalapeño skewers, and sardine spaghetti with chilli and fennel seeds. But my favourite part of the book is “Sweets and treats”, a chapter overflowing with ideas for sugary indulgence when sheltering from the weather.

There’s malt loaf toasted and sandwiched together with chocolate buttons, stroopwaffles with fried banana and dulce de leche, peppermint teabag hot chocolate for when you can’t access a scoop of mint choc chip, and an exceedingly English play on s’mores in which a toasted marshmallow is squished into a hot cross bun. Hi-de-Hi!

RAE SIMS, 43, owns WerkHaus, a vintage clothing shop in Margate, Kent, and likes to take her sons, aged seven and nine, down the coast in her 1990 Volkswagen T25 camper van “I love cooking, and even more so in the van,” says Rae (pictured with Sara Ratcliffe, far left). “I combine open-fire cooking with the grill, such as doing potatoes in the fire, then pork and apple stew in a pan. A favourite is tacos. We do beef short rib or a veggie version in advance, then bring along tortillas and all the extra things that make it delicious, like pickles and pink onions and sauces and crumbly cheese.”

A week-long trip in August has become a regular holiday. Last year, Rae’s group expanded to 40 people and they set up a big outdoor kitchen. “We brought a paella pan so we could cook one huge dish,” she says. “At the end, we did a Ready Steady Cook with all the leftover food. There was so much that we invited the whole campsite.”

Lucy fell for #vanlife when she and her partner spent 2019 driving around South America. Although they did not have access to the usual shops and ingredients there, they got to grips with camper van cooking and learned to look for and use local ingredients.

Frying-pan pizzas were a favourite meal, and when they visited a goat farm they used that cheese on their next pizza.

In 2020 they took their Ford Transit, affectionately called “the big blue”, to the Outer Hebrides for a month, the setting for their most memorable meal yet. When a local fisherman passed them on the Isle of Harris, he gave them some mackerel from his catch. They filleted them on the rocks at the side of the loch and grilled them to eat with buttery new potatoes.

“I’ve caught mackerel myself in Sweden, so I’d say this one was in my top three mackerels,” she jokes.

“Another favourite van meal is a grilled cheese sandwich after we’ve been in the sea all day. It’s tasty comfort food. Your frying pan is your best friend in the van.”

This year, bookings through camping travel agents and motorhome sharing platforms have soared by between 189 and 500 per cent in some UK areas, according to reports by Cool Camping, Camplify and Pitchup.

The online finance and vehicle sales platform Motor Connect says some people might be viewing camper vans as a shift in travel format for European holidays, too, perhaps feeling that driving across the Channel is a safer alternative to flights.

Camper van use was growing before the pandemic, with some estimates suggesting that one in three leisure vehicles being sold were camper vans, meaning that more than 4,000 were for sale in the UK at any given time.

Now, Motor Connect estimates that the number of camper vans and motor homes in use is around 225,000.

Camper van sales rose by 71 per cent in July last year, according to the National Caravan Club. Sales were at 37 per cent for those who had never owned one before, and 34 per cent of those buyers were under the age of 44.