Crumb of comfort for those who stick to white bread 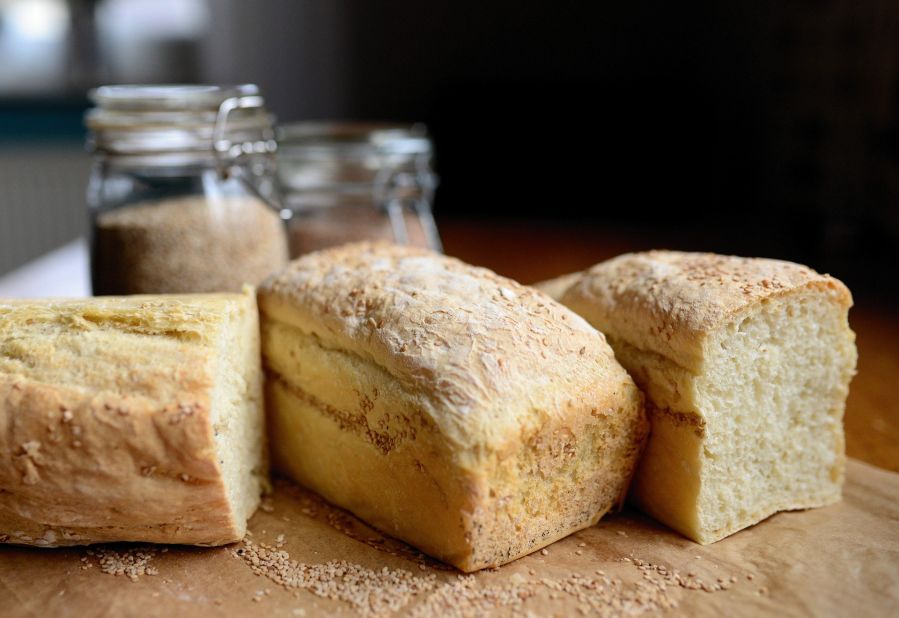 Image by congerdesign from Pixabay

When I buy bread, the words “dietary fibre” are not policing my thoughts. I am dreaming of cold butter spread on to a many-seeded loaf, thick tranches of sourdough toast spooled with melting puddles of peanut butter, or a dark rye smeared with cream cheese and a sharp chutney. A bacon roll, you say? Something soft and white is required, to soak up the juices and cushion the saltiness.

Nonetheless I was brought up on brown bread because it’s the “healthy” option, and when buying a sliced loaf to make my daughter’s sandwiches, that’s what I go for. Dietary fibre is important, and wholemeal bread contains roughly 3g per slice while white has only 1g. The NHS says that a diet higher in fibre reduces the risk of bowel cancer, helps digestion and may help people feel fuller, avoiding weight gain.

Yet it’s white that makes up 75 per cent of UK sales - that’s nine million loaves a day. Taste is just one factor; white loaves tend to be cheaper and have a longer shelf life, and the packaged sandwich trade also prefers white because it refrigerates better.

You can therefore understand why scientists such as Dr Alison Lovegrove from Rothamsted Research in Hertfordshire are trying to make white bread better for our bodies. A recent breakthrough, as i reported yesterday, means that within five years manufacturers may be selling white loaves with twice as much fibre as previously.

There are health reasons why we should rely on bread to increase our fibre intake rather than fruit. “Bread is a good vehicle for delivering nutrients, protein and minerals,” says Lovegrove, the lead researcher in a project to futureproof our wheat.

“If you eat a piece of fruit, you’re also eating an enormous amount of sugar.”

She hopes people don’t feel they have to avoid white bread altogether, however. “Eating brown bread in general is healthier, but you don’t need to see white bread [as] being unhealthy,” she says.

Chris Young, who coordinates the Real Bread Campaign run by Sustain, a charity that lobbies “for better food and farming”, says it’s more important to consider what kind of white bread people are buying. “There’s nothing wrong with white bread,” he says. “We have an issue with white industrial loaves. We believe there are better ways of making a loaf that produces a more nutritious and more delicious loaf.”

But aren’t the “artisan” loaves offered by independent bakers more expensive? “The more people who are producing those loaves would bring the price down,” he argues. For now, however, while Hovis and Kingsmill are more affordable than sourdough and farmhouse, Lovegrove’s study should be celebrated for looking at getting a healthy loaf to everyone, regardless of their budget.