January and February are the toughest months for fishermen - but this time of year is a great time to buy, and eat, fresh fish, as Sophie Morris explains 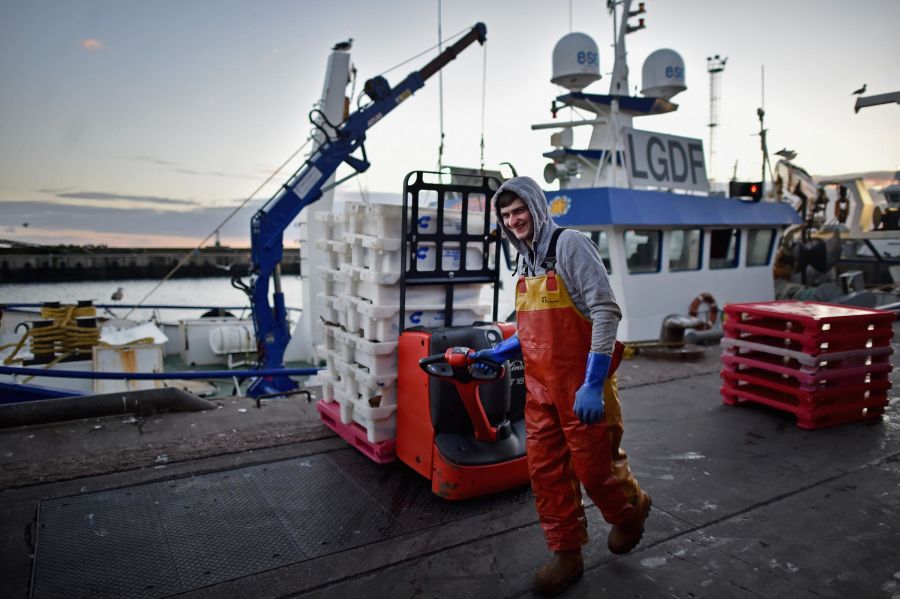 It’s mid-January and the fishermen on Kent’s Isle of Thanet are celebrating the good weather by getting out on the water. The Christmas period was unusually windy and the seas dangerous, and Jason Llewellyn, who runs fishmonger Fruits de Mer in Broadstairs, says that there have only been a couple of landings in the past three weeks. “January and February are the toughest months,” he admits. “Fishing is lovely in summer. It’s a romantic job, but it’s a dangerous game.”

Fifteen day-boats bring their fish in to him - that’s half the number there were 20 years ago and only six fish full-time - to sell in his shop or to local restaurants such as Wyatt & Jones and Margate’s Hantverk & Found. The haul might find its way to some of London’s smartest addresses: Llewellyn was eating at The River Café once when he spotted his handwriting on a delivery box. Often it goes to Boulogne fish market, as there’s always been more of an appetite for different species of fish on the Continent.

It’s hard to guarantee the availability of specific fish during the winter months, which is one of the reasons why there is less of it in restaurants and supermarkets, but if you have access to a fishmonger, it’s the best time of year to buy. The quality is often better and demand is low, so you’ll get far more for your money.

As the sea has warmed up, the cod have gone north and a greater variety of species now flourish in the English Channel, says Llewellyn. “It’s not overisn’t - we’re getting different species. Twenty years ago we’d never get Dover sole in winter, but even though it’s been quite a cold, windy winter, the sea temperature is still 9.5°C, which is really warm - too warm for cod.

“Now, we get a good mixture right the way through the year. There’s local gurnard and squid, turbot, bass, brill, skate and occasionally halibut, though most is up in Scotland - and it’s not as expensive as people think.”

There are also local prawns and scallops, and native oysters from West Mersea in Essex. Expensive shellfish like crab and lobster are in better condition during the winter, plump and full of meat.

The season has a significant influence on what we eat, and this down to availability alone: rich, meaty stews are associated with blustery days, while fresh fish and seafood go hand-in-hand with a sunny afternoon and a glass of something cold.

“I can understand people wanting something a bit more hearty in winter, and there can be some issues with supply,” says Stephen Harris, chef and owner of Michefished lin-starred pub The Sportsman, in Seasalter. “But now people have started to look at cheaper and more sustainable fish, gurnard comes into play. In the first few weeks of The Sportsman, I ordered gurnard and put it on the menu but nobody wanted it.

“I did some research and found that most people fried it with the skin on, and whereas some fish skin is nutty and sweet, it was bitter. I experimented with various ways of cooking it and the one that took off was the salt-baked. You bury it in salt and cook it, take the salt crust off and peel away the skin, and underneath is the most fantastic gurnard.”

Thornback ray, a type of skate, is another plentiful fish in good condition at this time of year. “Twenty years ago we were told skate was endangered and not to eat it, but they’re all rays around here,” explains Llewellyn. “The skate were common skate up in Scotland, and they were rare, but a blanket ban was brought in on all skate fishing. They’re still under quota but it’s been relaxed.” (Common skate are still considered endangered.) Harris says it’s a myth that all fish are best straight out of the sea, and that round fish such as mackerel and bass are delicious when super fresh, but some fish need to age and relax a little. “Dover sole and Thornback ray are too tight to the bone to eat as soon as they come out - you have to leave them for two or three days. You couldn’t send out a skate wing that has just been caught.” He also recommends leaving fish to rest once it’s cooked, as we do meat.

Llewellyn has owned Fruits de Mer for 33 years, since he was 17, and his dad, now 84, helps out too. He’d worked there doing odd jobs since the age of 10 before he bought the business, when there were 18 wet fish shops in Thanet. Today he’s the only one.

The Chinese have always come out here, from as far as London and Birmingham, for the prime fish such as bass, turbot and gurnard that locals who stuck to cod and plaice didn’t want. But only 10 per cent of his customers were under 30, whereas now the majority are young. There’s also been a significant increase in restaurants serving fresh fish over frozen cod and chips and plenty of pubs have put it on the menu.

Fish is an expensive ingredient to experiment with, but now’s the time to do it.

How to buy the best fish in winter

Rather than open up the recipe book and choose what you’re going to cook, talk to your fishmonger first.

Don’t rely on a specific fish for a special meal - bad weather can dictate availability.

For example, local lobster are good at this time of year but can’t be guaranteed - and for the cost of imported Canadian lobster, you could find a cheaper, seasonal alternative.

Fish is a lot cheaper in winter, so it’s a good time to try out something new.

A good fishmonger shouldn’t be selling it, but avoid flat fish like plaice.

If you can’t find thornback ray, this will still work with skate or another ray.

Transfer to a baking pan and cook in the oven for about 15 minutes. Check the fish is just done by carefully inserting a knife into the flesh near the cartilage. It should be barely cooked.

Season the fish again and leave to rest while you make the sauce.

Heat the butter in a smallish pan until it is nut brown and smells “toasty”. Now you need to act quickly. Take the pan off the heat, add the cockles and shake them around. Add the vinegar and parsley, shake again, then check the seasoning. You will need to add a pinch of salt and a squeeze of lemon juice.

Serve the fish, thicker side up, on some sautéed cabbage and spoon over some of the sauce. 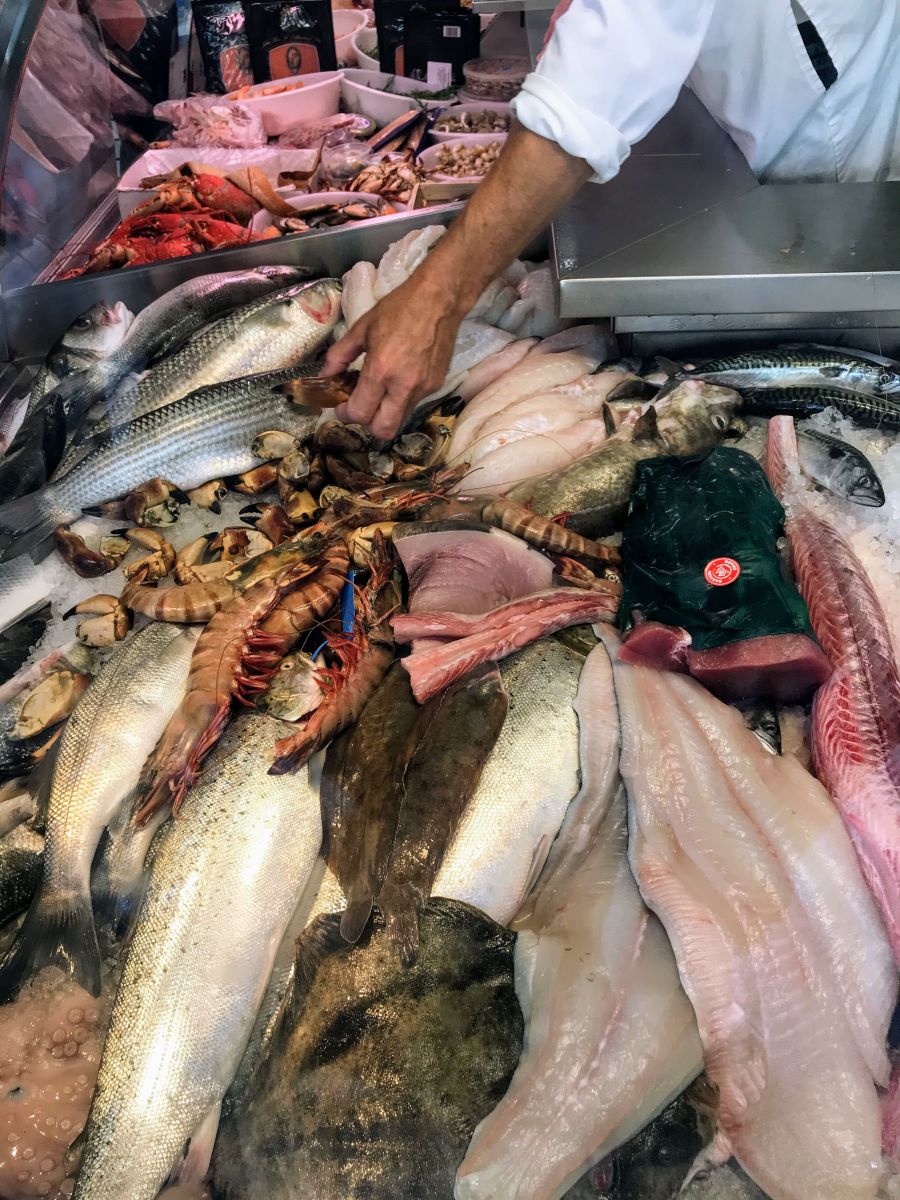 The window at fishmonger Fruits de Mer in Broadstairs, Kent