From ‘heritage’ lower-gluten breads and pastries to fermented treats and lashings of cannabis oil, culinary innovation is thriving in 2019, says Sophie Morris 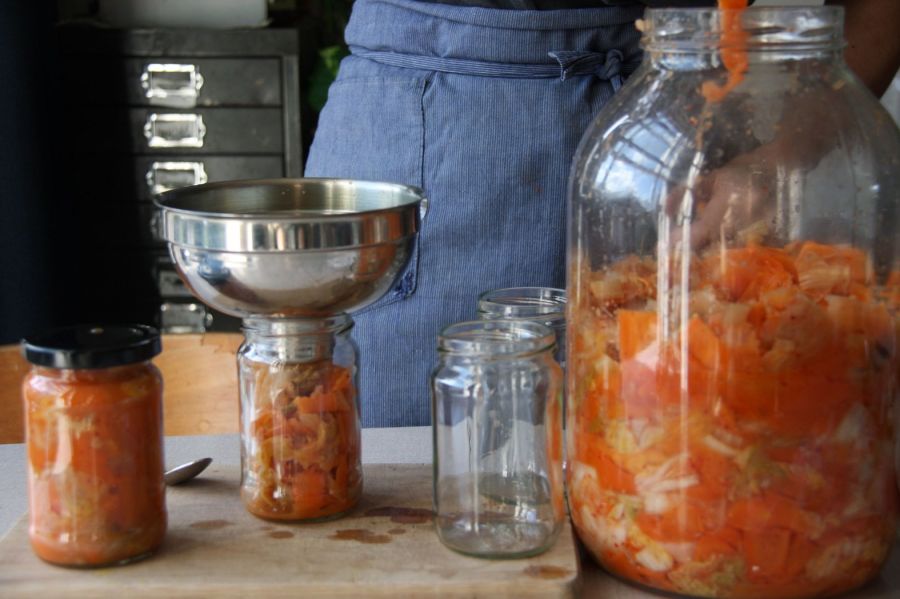 ANCIENT GRAINS The increase in gluten intolerance - with 15 per cent of households avoiding gluten, according to the research agency Mintel - is often dismissed as faddishness. But there’s plenty of evidence that links a low tolerance for gluten to modern diets packed with over-processed ingredients.

This is especially true when it comes to grains such as wheat, rye and barley, all of which contain the sticky gluten proteins which cause so much harm to those with coeliac disease.

We’ve been eating these grains for over 10,000 years, so why are they hurting us now? Over the past century, they’ve all been engineered to produce more gluten, which in turn leads to bigger and fluffier bread. If we seek out genuinely ancient grains, the sort that haven’t been tampered with, our tummies may cease their protests.

Look out for bakeries using nutritious heritage grains, such as Bread Source at Norwich and Aylsham, in Norfolk, Forge Bakehouse in Sheffield, and Doughies in Fort William in the Scottish Highlands.

Then there’s Jolene in London, which has teamed up with the farmer Andy Cato (yes, the Andy Cato of the band Groove Armada) and uses his chemical-free crops to make fresh breads, pastries and pasta every day. The bakery describes these grains as “original wheat”.

You can find some mass-market approaches in supermarkets, with products such as Nairn’s Ancient Grain Oatcakes, launched in October 2018. These flatbreads contain grains that have fallen out of favour, such as rye, amaranth and quinoa, mixed with wholegrain oats.

THE NEXT BIG LIQUOR Every distiller worth their copper pot wants to discover the ‘next’ gin. The market is still growing and bringing us new flavours, but it’s also overcrowded.

In terms of brandy, Pisco, from South America, is making a play for the crown judging by its availability in bars - there’s been a 30 per cent increase since 2017 - but tequila and rum are more mainstream contenders, with global sales booming, though the UK is yet to catch up.

GUT HEALTH Kombucha, kefir and kimchi are all now part of the English lexicon, at least if you’ve any interest in food and drink - even Jonny Wilkinson has launched a kombucha, in Sainsbury’s. They’re all fermentations, of tea, milk and cabbage, respectively, and contain “live” cultures said to be good for our health.

It’s hard to pinpoint when we went crazy for probiotics, as Yakult has been available here for two decades, but gut-friendly foods are available in all sorts of places, from bars and supermarkets selling kombucha to companies such as Yeo Valley and The Collective producing kefir.

More products to soothe sore tummies are also emerging, such as a new Eat Natural bar available from this month and made from a blend of figs, walnuts and fennel. The Korean ingredients used to make kimchi, such as shrimp paste and gochugaru chili powder are much easier to find than they were a few years ago, and as the evidence for the links between gut health and overall health grows - though health claims can’t be made on products - expect to see this sector booming.

ELEVATED CONVENIENCE Eh? This is a term coined by Mintel, as one of its three global food trends for the coming year. It may sound like a solution for Deliveroo addicts spoilt by too many options, but Lynn Dornblaser, director of innovation and insight at Mintel, insists that all of us need better convenience foods to survive modern life.

“‘Elevated Convenience’ applies to many consumer groups,” she says. “Young urbanites as well as suburban parents who are looking to feed their kids quick and healthy meals. Seniors also need convenience in new ways as they start to cook less because of inclination or ability. Working-class families need to get more done in less time, too. The common denominator: everyone is pressed for time.”

We’ve seen convenience foods becoming healthier in recent years. Now meal kits - where the user is expected to do part of the work - are growing in popularity. Think HelloFresh and Gousto as well as supermarket kits where there’s no food waste.

HEMP AND CBD One industry insider - admittedly one who’s investing in the market - has dared to describe edible cannabis products as “the new avocado toast”.

Chris Burggraeve founded his cannabidiol (CBD) oil company Toast a few years ago, when the idea still seemed wacky, but last year brought the news that Coca-Cola is planning to launch a cannabis oil drink in the US, where the CBD edibles market is already said to be worth $1bn.

It is legal in the UK to sell edible cannabis products made from CBD, which is the non-psychoactive compound found in the plant and acclaimed for its medicinal uses. The trippy THC, out of bounds here, is already popular on menus in those US states that have legalised marijuana. Advocates say it’s all to do with “wellness” rather than getting high.

Cannabidiol oil and hemp oil come from the same plant but have very different concentrations of CBD. Hemp comes from the seeds of the plant, CBD from the stalks, leaves and buds. CBD oil might contain up to 15 per cent CBD, but in hemp products the concentrations are less than 25 parts per million. Hemp products are therefore becoming an easy starting point for the general consumer, and Tesco already sells hemp milk.

PAYING TO EAT LEFTOVERS Plenty of restaurants, such as Silo in Brighton, have always taken food waste seriously. Now it’s a mainstream concern, and a growing number of eateries are recycling leftovers into new menu items.

London is leading the way. Native, in Southwark, is serving vegeta-ble pakoras packed with offcuts of veg; croquettes are made from fish trimmings; and you can even order a selection of “chef’s zero-waste snacks”. At Lino in the City, leftover croissants from the bakery next door are turned into pudding. Levan in Peckham is using the potato offcuts from its dauphinoise in a pie and making cordials from fruit peels.

Neil Rankin at Temper - with sites in Soho, the City and Covent Garden - is using surplus fat for his beef fat tacos, and at Scully in St James,even the silk of a head of corn is being repurposed into a syrup.

A number of restaurants in the capital - Londrino, Kiln and Prawn on the Lawn - are also serving whole prawns intended to be eaten from head to tail, so no part of the seafood is wasted; and at Koya, fried prawn heads are served with sesame salt.

CRUMPETS There’s a real push towards retro comfort food at the moment - as tends to happen in kitchens when the outside world feels unpredictable.

Crumpets always offer comfort, and several chefs in London have elevated them into a real showstopper, with potted shrimp crumpets at Cornerstone in Hackney Wick and the lobster crumpet toast at Rovi (Ottolenghi’s new place in Fitzrovia) ending up as some of the most Instagrammable dishes of the year.

Potted shrimp and lobster reflect the retro flavour of this comfort-eating trend; look out for vol-au-vents and devilled eggs too, as well as oldtime cocktails like a white Russian or tequila sunrise.

Faux Meats With meat-free eating on the up, faux meats are in demand. Quorn and Linda McCartney are still the biggest brands in the UK, but they’re upping their game thanks to competition from some vegan upstarts: Linda McCartney has a vegetarian shredded duck and pulled pork burgers, made with soy and wheat protein (both available in Waitrose). At the end of 2018 Tesco launched a vegan burger that ‘bleeds’ beetroot blood, from cult US fake meat producer Beyond Meat.

The Beyond Burger, made from yellow peas, potato starch and beetroot juice, is also available in Honest Burger and All Bar One. Meat-free snacks are getting attention too, with MightyBee vegan coconut “jerky” at Ocado, and Primal meatless vegan jerky at Amazon, while jackfruit, though a plant, is hailed as a dead ringer for pulled pork.

With food waste a mainstream concern, many eateries are recycling leftovers