One tweet has unleashed thousands of furious opinions about fry-ups. Sophie Morris digs in 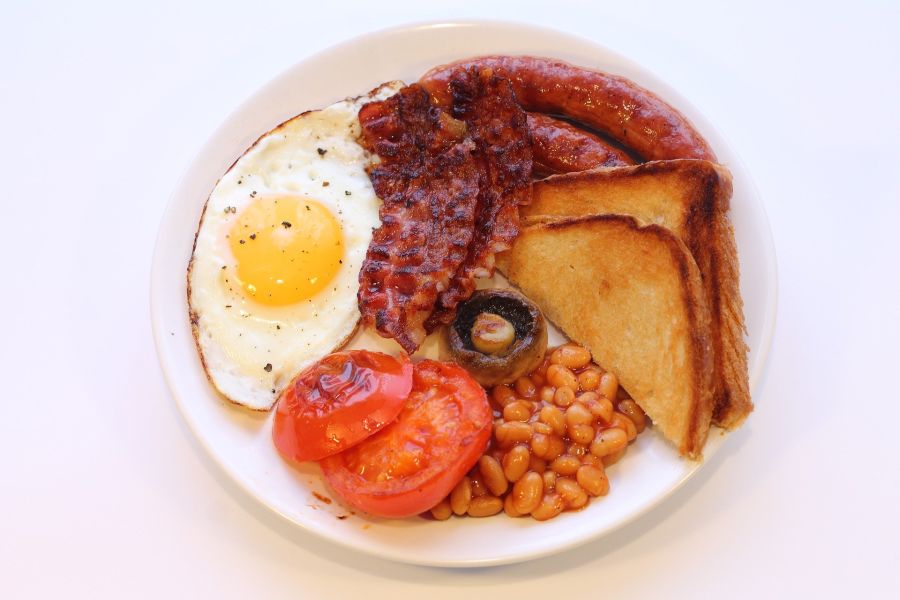 Image by Łukasz Cwojdziński from Pixabay

“David Frost enjoyed a delicious patriotic breakfast of sausages, baked beans, bacon and eggs before leading a team of 100 UK officials into negotiations,” announced The Daily Telegraph’s Twitter account on Monday night. The evidence of our chief negotiator in Brussels eating a full English was manna to the salivating social-media crowd. What better illustration of taking back control than a Great British fry-up? Manna? Sorry. Wrong culture. Let’s focus on pork products and stewed beans. British basics for British breakfasts.

As of midday yesterday, this tweet had 1,800 replies. LBC presenter James O’Brien was early to point out the foreign edge to this patriotic plate: “Sausages were invented by Sumerians circa 3,000BC; all beans used in baked beans are native to South America; pork was first salted in ancient China and hens were first domesticated in ancient Egypt.”

Twitterer @ JamesArcher767 piled in to ask: “If the hen ‘invented the egg’, where did the hen come from, Roger? Don’t tell me…uncontrolled immigration?” He’s not far off. Chickens are native to the jungles of South East Asia, but as a shy bird with neither the ability for long-distance flying or the desire to migrate, research from New Zealand suggests they moved around the world as people did.

The arguments follow a wellworn shape. Brexiteers celebrate the power of this patriotic plate and are accused of stupidity.

Remainers query the provenance of our daily bread and are told to go suck eggs.

The other beef, of course, queries the DNA of this “traditional English breakfast”. Tweeter @RichardJGrant asked: “How can any part of Ireland be in a union with people who’d put beans on a fry? Where’s the soda bread, potato bread, black and white pudding?” Meanwhile, @JintyMcginty3 proffered the suggestion: “Square sausage tattie scone stornaway black pudding… wee bit of haggis.”

There are only two possible ways forward. One, a referendum is called on the constituent parts of a true English breakfast. We will discover after the event whether the Scottish, Welsh, Northern Irish and Cornish votes were counted. Two, we eat only food produced in the UK. We would supplement the 40 per cent hunger gap - the volume of food we currently import - with pipes and slippers.

This is a classic collision of clickbaitery nonsense, Remainersnaring and ignorance as to where the food on our plate really comes from.

Oh, and must British food be produced by British workers? Don’t @ me…