How baking saved a writer from grief 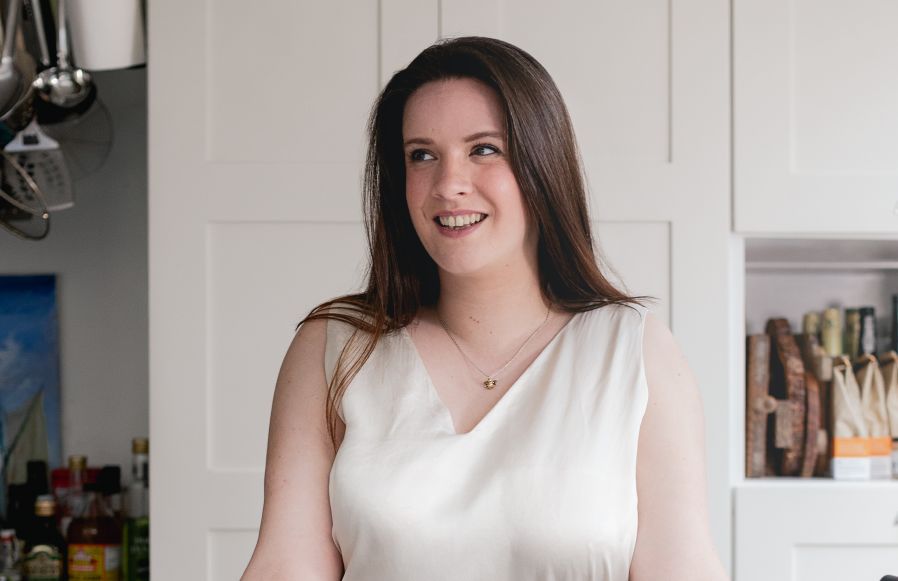 Each autumn the popularity of The Great British Bake Off reminds us how many cake lovers dream of jacking in the day job and running off with the KitchenAid. Olivia Potts did just that, following the unexpected death of her mother. A Half Baked Idea is her memoir, the story of finding herself in her mid twenties amid spun sugar and shortcrust pastry.

Before her mother died, Potts tells us, “I was not a cook. I did not cook. I ate high-street-chain sandwiches, supermarket filled pasta fallen cakes, burnt biscuits, stringy stews.”

She was a barrister from a family of lawyers at the tail end of her pupillage. While dashing between courts, sometimes with only minutes to prepare for a case, food was an afterthought, that word that strikes terror and pity deep in the gut of any food lover: fuel.

Oddly, she was cooking when her mother died, to impress a man, Sam. And in her grief she retreats to the kitchen. Her pastime develops into an obsession, and she leaves her hard-won career as a criminal barrister and signs up to the esteemed pâtisserie course at Le Cordon Bleu cookery school.

To get in deep with Potts’ story you need to join her in the kitchen with the “squidge of a hot syrup sponge”, the “snap of precisely tempered chocolate” and “thick golden ribbons” of lemon curd. Each chapter ends with a recipe, starting with the “magical powers” of her mother’s shepherd’s pie, and ending with a Christmassy gingerbread. The steady hand behind her food writing - she writes about cookery for The Spectator - shows itself in my desire to cook alongside her, and I make her minestrone soup, pizza dough and banana cake before finishing the book.

As in GBBO, Potts’ recipes scale up as swiftly as her baking skills, and we’re soon into pavlova and pithivier territory. But first there’s an account of the pitiful state of our criminal justice system, as Potts reflects on the personal cost to her of watching children taken into care, clients receive their first custodial sentence, and being locked in a cell with a defendant who is known to be violent. Sam is there to support her through the decision to leave a career she’s spent most of her quarter century training for, but only as her adjunct. This is a story about love as well as the law and Le Cordon Bleu, and Sam deserves a starring role.

As uplifting a tale as Potts tells about caramel and croquembouche, this is also a book about grief, and about allowing herself to grieve.

In tender moments she considers the fact her mother will never meet Sam, and she remembers fetishising her mother’s belongings, stashing a cardigan in a tightly-tied plastic bag and stealing brief inhalations from time to time, knowing all along the material will lose its scent, the smell of her mum, no matter how carefully she guards it.

Potts knows grief. Once she’s worked out that she has to face it instead of fighting it, she begins grief therapy, and peppers her writing with wise nuggets, such as a neat debunk of the oftcited “five stages of grief”. Her decision to study pâtisserie over cuisine at Le Cordon Bleu is a direct affront to this grief: “Pastry is pure pleasure to give and to receive. It is almost always a celebration… We have to eat to live.

We don’t have to eat puddings to live.”