I may start a mutiny over the ‘healthy’ Bounty bar 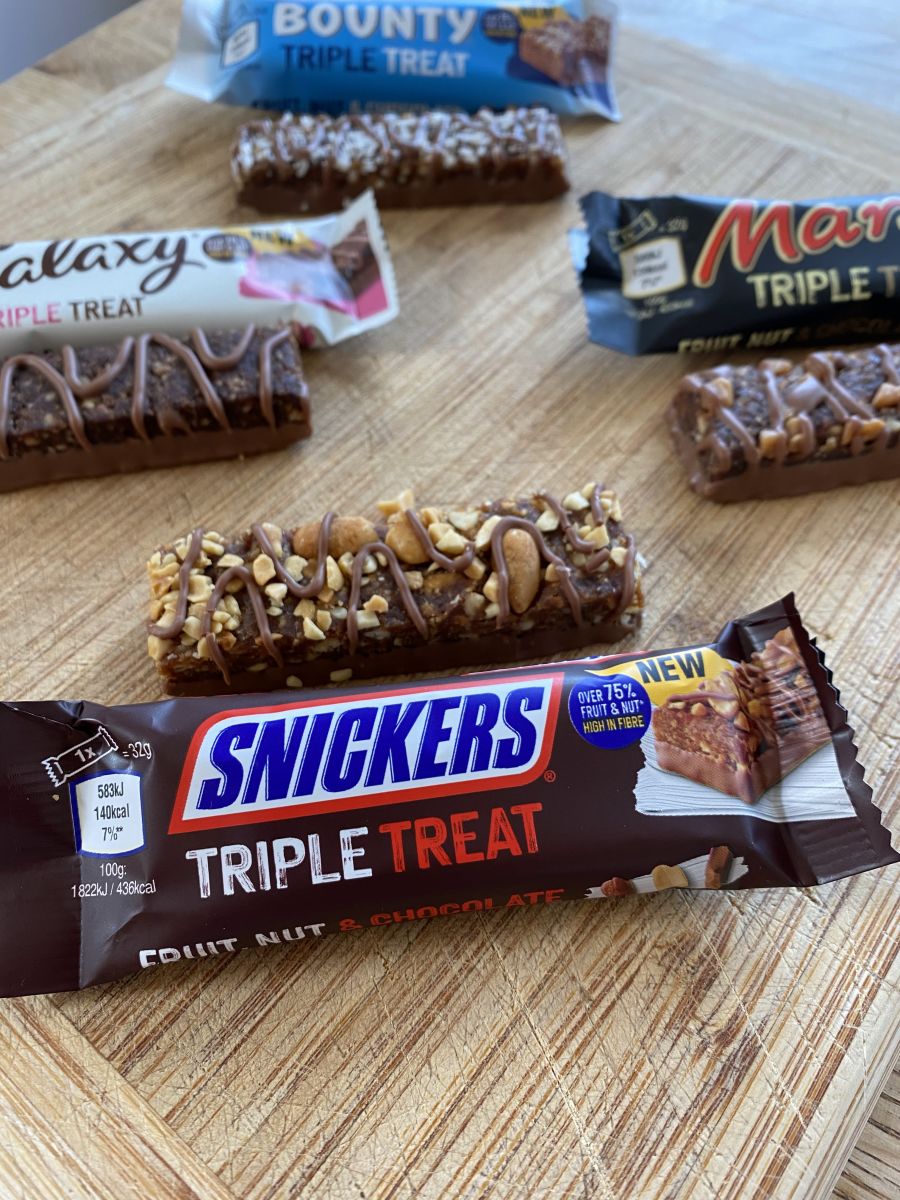 The nation is unlikely to ever crown a Bounty as its favourite snack. The coconut is far too divisive. But Bounty fans like me love the chocolate bar precisely because it is packed with the fudgily sweet coconut filling, not in spite of it. So when I unwrap the new “healthier” version of the product, due to hit Tesco shelves this week, I feel robbed.

The reformulated Bounty “Triple Treat” is almost entirely coconutfree. Instead it is made primarily of date paste bearing a miserly sprinkling of desiccated coconut - 1.1 per cent compared to 21 per cent in the real thing - and a drizzle of milk chocolate.

Bounty adverts have always offered a “taste of paradise”, the promise of a moment in the Caribbean during dreary tea breaks. But I can’t see this Bounty getting me further than a logjammed ferry terminal.

Bounty is not alone in being reformulated - Mars, Snickers, Bounty and Galaxy (RRP 80p) have also been given a makeover. Each has the same date, raisin and peanut base, the sort of thing we’ve had before in Nakd bars, or the round snacks resembling bird feed known as “power balls”. I’m not knocking date balls. I often make my own. I don’t, though, regard them as substitutes for chocolate.

The Triple Treat bars are not close relations to their forebears, and are certainly spin-offs rather than sequels. And while the new Bounty seems to have travelled furthest of the four from its inspiration, the others leave me wanting too.

What strikes me about the Mars Triple Treat is the absence of the chewy nougat which surely makes a Mars bar a Mars bar. The same is true of the Snickers. There is something of that chewy cookie-ish taste and texture to them, which from looking at the ingredients must be what Mars is describing as “malt-infused”. There are also some fudge pieces to replicate the caramel layer, and roasted peanuts on the Snickers.

All this makes the eating experience a sweet one. If it’s a sugary pick-me-up you’re after, these won’t disappoint. But are they similar enough to replace a 4pm tea chocolate snack? If you don’t like dates, these aren’t for you. With the Bounty, I can taste some coconut, but this hardly makes up for the lack of it. And the Galaxy smells of a Galaxy, but there’s nothing melt-inthe-mouth about it.

So why is Mars messing with our favourite snacks? It’s brave, to say the least. Remember the consumer uproar when the dairy milk in the Cadbury Creme Eggs was replaced with “standard cocoa mix chocolate”? Unsurprisingly, the motivation is not altruistic.

Upcoming regulations on HFSS foods (high in fat, salt and sugar) mean that Bogof (buy one get one free) deals and two-for-ones are in for the chop. The new rules were slated for October 2022 but have just been delayed for a year, with the Government citing cost of living pressures. Plans to restrict junk food advertising on TV have also been pushed back. But brands have been preparing anyway.

“Triple Treat does exactly what it says on the tin,” says Kerry Cavanaugh, marketing director at Mars Wrigley UK. “It’s packed with a knockout trio of fruit, nuts and our iconic chocolate, and is delightfully delicious to boot.”

But does “HFSS-compliant” mean healthy? Mars says its new bars are all over 75 per cent fruit and nut and high in fibre. Obviously dates and nuts aren’t calorie or fat-free, but some of the nutritional information surprises me.

The Triple Treats clock in at 32g each compared to around 50g for the originals. Curiously, they are also all big on peanuts, which means they’d be banned from most schools and some other settings to protect anyone with a severe allergy.

Nena Foster, a nutritional chef, bemoans the health industry’s obsession with reducing fat, when sugar is the real enemy. And, she points out, each bar contains only 2-3g of fibre. Although enough to permit its “high in fibre” tagline, adults need around 30g a day.

But will they keep us full for longer than a regular chocolate? “There is some protein (around 3g per bar) but it’s minimal,” says Foster. “And there’s the majority of our daily intake of free or added sugar in just one bar. People think dried fruit is better, but actually the sugar hit is more concentrated.”

Mars Wrigley isn’t the only one making HFSS-compliant products: Twiglets has said that a new recipe is on the way, using 60 per cent less salt. New versions of Hula Hoops, Tyrrells and Popchips are also on the horizon.

But what we desperately need is education, not reformulation. I don’t want anyone to take my Bounty, but I do know our diets need dredging of sugar. I’d eat a Triple Treat again, but consider it in the same ballpark as any other sugary, chocolatey snack.