Taramasalata doesn’t get nearly as much love as hummus but it’s time we revisited this delicious dip, writes Sophie Morris 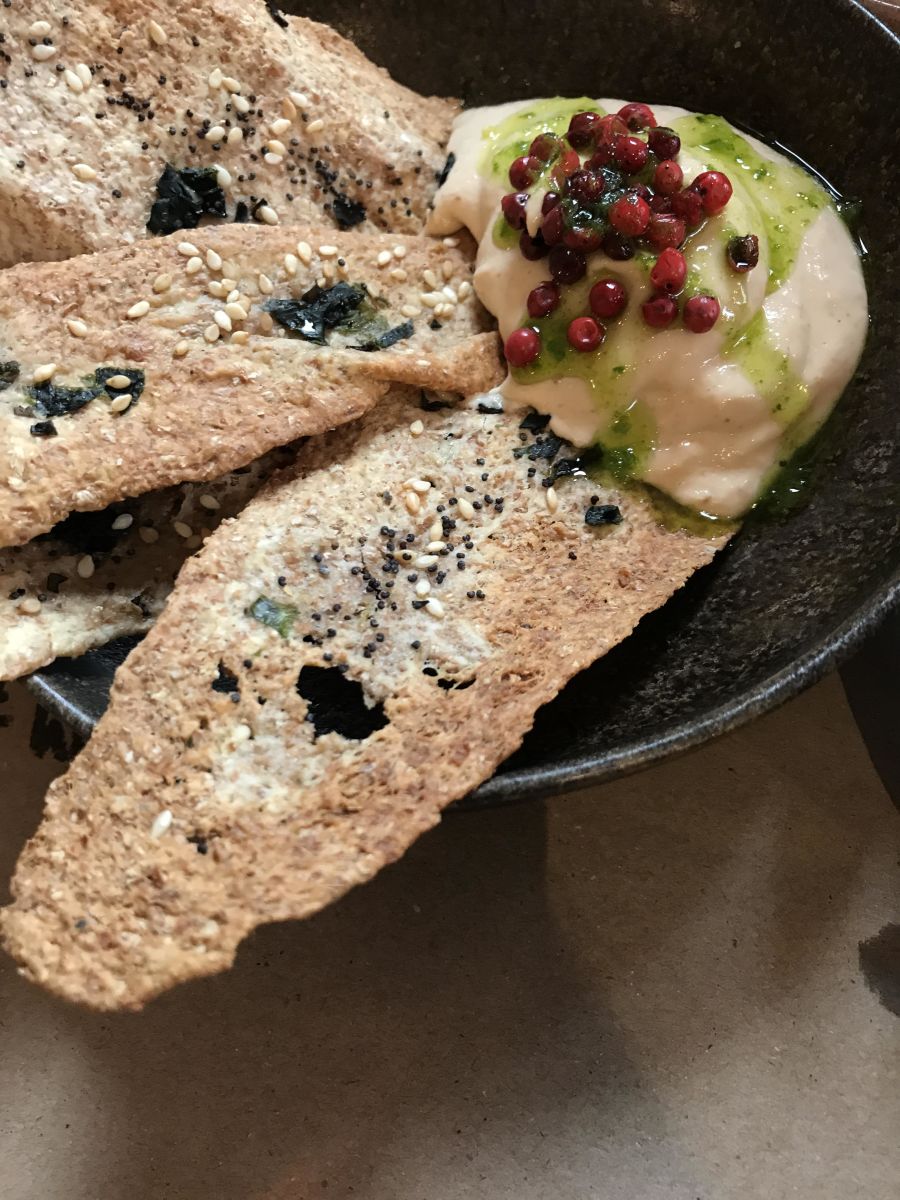 The taramasalata at Prawn on the Lawn in Highbury

I’m tempted to describe taramasalata as the Marmite of dips, but it’s so much more special than that, too distinct in flavour and deserving of considered attention to be cast in terms of love or hate.

Taramasalata is a Greek dish, meaning a salad (salata) of tarama - salted and cured fish roe. The ideal roe is grey mullet but this is hard to come by and expensive. Smoked cod’s roe is most often used and it’s a worthy substitute with a satisfyingly deep and punchy flavour.

Appearance-wise, most of us know taramasalata as a smooth pink paste, but make your own and you’ll discover its real hue of mildly blushing beige, which you can pep up with sumac or paprika.

I’ve eaten a couple of standout versions recently, at The Rose in Deal, Kent, and Prawn on the Lawn which has restaurants in Islington and Padstow. In the 80s and 90s, the Greek dish had earned its place at any barbecue or dinner party as surely as its tablemates hummus and soured cream and chive. But as the years ticked on and our taste for fish narrowed, in particular steering away from fish dishes which looked, smelled or tasted particularly fishy, delicious taramasalata was edged out of the limelight. Its chickpea-based cousin soared in popularity as our desire for Middle Eastern food overtook our love for all things Mediterranean. No one can imagine a “cod roe crisis” to compare with the hullabaloo over a shortage of hummus last year.

This is a great shame because taramasalata is the closest most of us will get to hard to find and pricey fish roe. Most of the roe eaten in the UK is in the form of taramasalata, and despite the beauty of a home-made version, many Britons confess an addiction to the millennial pink supermarket spread. The comedian Frank Skinner told newspapers last week that he ate it most days. “I don’t drink, smoke or do drugs, but I do wonder if I’m eating a borderline unsafe amount of taramasalata,” he said. And the Queen reportedly mentioned her fondness for it while discussing refreshments for the royal enclosure at Ascot.

The supermarket versions all have similar ingredients: rapeseed oil, smoked or marinated cod roe, flour, onion and lemon juice, but the volume of roe varies considerably, from 6 per cent in the Tesco dip to 8 per cent at Sainsbury’s, 10 per cent at M&S and 19 per cent at Waitrose.

Robin Moxon, founder of Moxon’s Fishmongers, says the amount of roe that goes into taramasalata has caused it to fall from favour. “It’s been totally bastardised. Cod’s roe is very expensive and the taramasalata in the shops seems to have less and less. Ours is simple and can easily be made at home.”

He sells around 30 pots a day of his taramasalata, made from smoked cod’s roe, dry bread from a local bakery, olive oil, garlic and freshly-squeezed lemon juice. It’s also on the menu at his East Dulwich restaurant Next Door, served with pickles and crispbread.

But whatever the quality of your taramasalata, it can always be improved by a view of the Aegean and a glass of cold and crisp white wine.

Fish bash bosh: how to eat roe
What is fish roe?
You may have seen confusing pictures of fish roe because there are two main types which look very different. First, there are exterior roe - the tiny black fish eggs we know as caviar and the translucent golden spheres of salmon roe. Then there are the internal roe which look more like a piece of liver - roe is in fact fish offal. The soft eggs you eat raw, on toast or by the spoonful. You might try a mouthful atop a blini at a fancy event. They can also be pressed until hard and served in slices or grated (bottarga). Interior roe is typically smoked or cured then sold and served in slices, or you can buy it raw and poach or fry it.

Do I have to be rich to try it?
Not if you have a few quid for a pot of taramasalata. East Kent fishmonger Jason Llewellyn says most of his roe ends up at seafood restaurants in London such as Scott’s and J Sheekey, but he also has haddock, bass and herring roe at his shop, Fruits de Mer, which are inexpensive. Robin Moxon, of Moxon’s Fishmongers, sells salmon, trout, flying fish and herring roe, as well as caviar and lumpfish.

How do I cook it?
The River Cottage Cookbook recommends frying herring roe gently in well-salted butter and serving it mushed up on toast with black pepper and lemon. The Fish Society advises poaching cod’s roe before frying it and eating the whole lot as a main course.

What’s all the fuss about bottarga?
Bottarga is a hard roe, the compressed roe of a grey mullet, or a bluefin tuna, though the tuna bottarga is less common now due to sustainability issues. It was popularised in the UK in Italian dishes but is made all over the Mediterranean, and especially in Greece. You can slice it and eat it on toast or on its own, with a drizzle of oil. The alternative is to grate it - or you can buy it ready-grated - on to pasta, eggs, salads and vegetables for a savoury umami taste.