It looks like beef, but is a fake steak worth £36?

A new plant-based meat made by 3D printing claims to be the most realistic ever. Sophie Morris tucks in 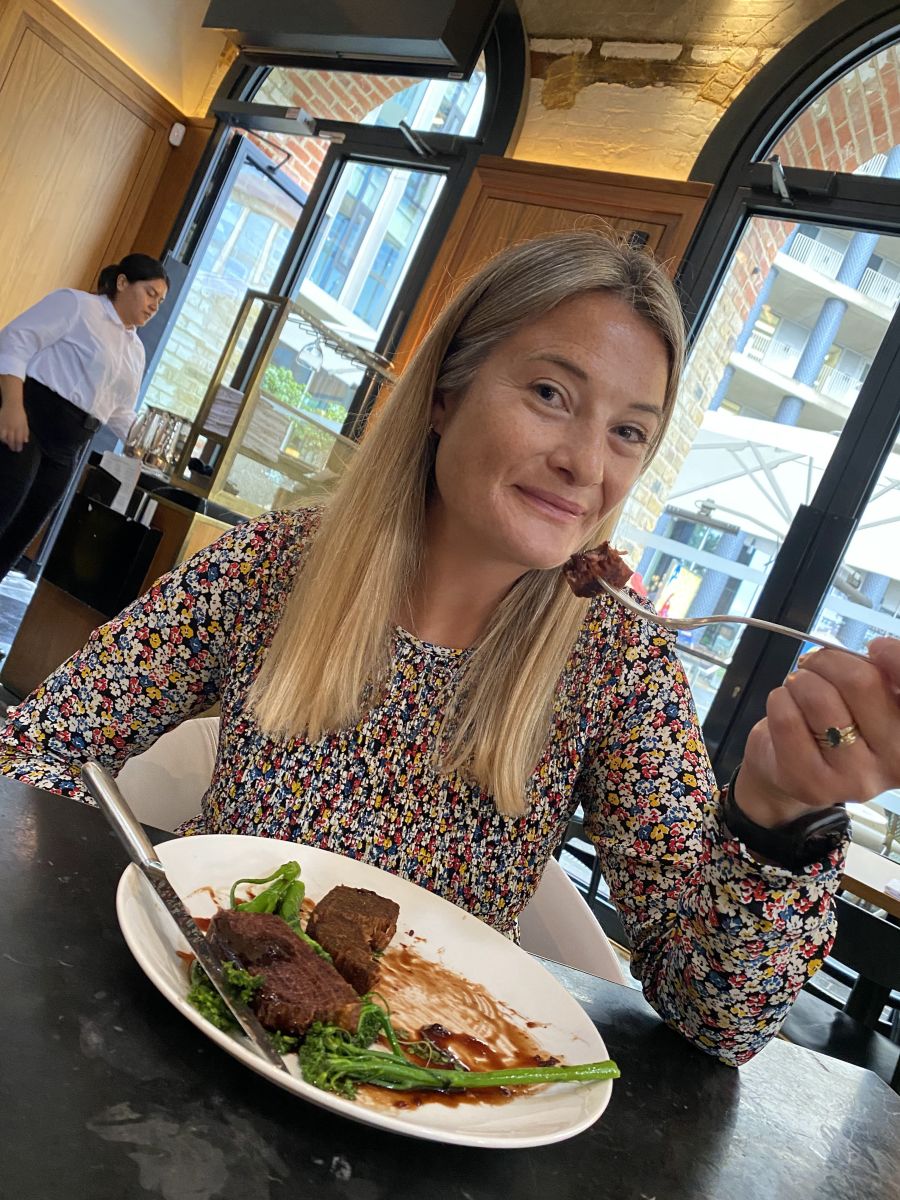 Typical. I’ve ordered a steak but only have a standard knife. I push the blade back and forth. The springy steak below resists and makes for hard work.

Thankfully, once I’m inside, I’m relieved to see the familiar sight of juicy pink flesh. And at £36.50, I should hope so. This flank steak with a soy and chilli glaze and broccoli is the most expensive dish on the menu at the smart London restaurant where I’m eating it (and notably the lowest in calories).

The portion seems generous - laid out in four mid-sized cuts - but that doesn’t hide the fact that it still costs £2.50 more than the prized grass-fed ribeye on the menu. And the flank I’ve been sawing into isn’t even meat - it is entirely plantbased. So why is it so expensive?

Flank steak, more often known in the UK as bavette, has become increasingly popular, along with skirt and flat iron or featherblade, for standing up on price and flavour to better known cuts such as ribeye, sirloin and fillet.

But now we also have fake steak, mock meat, faux fillet too. Call it what you will, the blend of wheat, soy and potato proteins, vegetable oils, cornflour and, interestingly, cocoa butter, on my plate is 100 per cent plantbased. Stranger still, it has been - genuinely - 3D printed.

I heard about 3D-printed meat months ago and remain pleasantly astonished at the technology and its possibilities. The “steak” I’m eating is a deeply researched and hi-tech slab of protein from an Israeli company called Redefine Meat. Don’t call it “fake”, Redefine CEO and co-founder, Eshchar Ben-Shitrit, tells me. “It’s not fake meat, but a new way to create meat - without the huge challenges of doing so within an animal body.”

What strikes me first about the steak is the reassuringly chewy texture, an effect that most meatsubstitute manufacturers have struggled to replicate and often try to disguise with heavy spicing.

This, however, has satisfying heft and a complex structure, giving it a properly meaty mouthfeel and demanding a decent set of teeth.

The sauce, however, is too salty for my tastes. I would have preferred just a little seasoning and I think the steak would more than stand up to the scrutiny. That is, it would if I was wearing a blindfold, because I think this steak’s weak point is its appearance.

The slices look cut from something more like a meatloaf. Where real flank is distinctive because of the visible graining in the meat, this version doesn’t quite hit the target. The grain looks too uniform, almost pixelated, giving away its origins as a computerprogrammed product. But this isn’t a complaint, more an observation.

So if it broadly tastes like meat, smells like meat, and looks (almost) like meat, does that mean - for all intents and purposes - it is meat? We’re entering a new era for fake meat products, which promises to go beyond the “bleeding” burgers, faux chicken nuggets and plant-based hot dogs, all of which we tend to cloak in buns and sauces, which easily shroud any shortcomings.

Ben-Shitrit has coined the term New-Meat for his product, and his mission goes way beyond mince. “People will always love meat but the way it’s produced has to change,” he insists. Not only does he plan to recreate the whole cow - develop every single cut in vegan form - he also has the ambition of Redefine becoming the world’s biggest meat company.

In fact, meat-heavy restaurants are exactly the establishments targeted by Redefine Meat. This is the sector it wants to disrupt. The infamous chef and restaurateur Marco Pierre White, who told i about his plans to use the brand earlier this year, is expanding his use of Redefine products to 11 more restaurants following success at his flagship Leicester Square steakhouse, Mr White’s, where all of his steaks cost a similar £34.50.

At the German Gymnasium in London’s Kings Cross where I tried the steak, the £36.50 price tag, they explain, reflects the cost of the product to them.

And Ben-Shitrit is in flourishing company. The mock meat market is growing at an incredible speed, from $4.2bn (£3.6bn) worth of global sales in 2020 to a forecast $28bn in 2025, according to an April 2022 report from the IPES Food think tank, The Politics of Protein.

But the surge isn’t straightforward. The US firm Beyond Meat, revered along with Impossible Foods for “bleeding” burgers, doubled its share price before lunchtime when it went public in 2019, hitting an increase of 840 per cent in three months. But its value has since plummeted, with many saying the valuation was never rooted in reality.

Too many meat-free products are being sold at below cost value. Even if the idea came from a water cooler moment in Silicon Valley, the production and logistics costs of food manufacturers cannot compare with those of nimble tech start-ups, where a few guys on laptops in a garage would - as legend has it - suffice.

In the UK, Redefine is only available in restaurants, though it is trialling sales to the public in Israel. But you can get your hands on a comparable product, Juicy Marbles, to cook at home. This Slovenian company has gone straight for the prized filet mignon and describes its faux version as “the pinnacle of tenderness”.

These products are not printed but again come in at a high price - a four-pack of soy and wheat protein and sunflower oil comes in at €30 (£26) with €15 shipping on top, which will take two to three weeks to arrive. The price goes down if you buy more, at €60 for two packs and €96 for three, both with free shipping. It’s expensive, but if you break it down, it’s not necessarily more expensive than the real thing. If you bought two packs you’d get eight portions at €7.50 (£6.43) each.

The cheapest fillet steaks at Tesco and Sainsbury’s are £6. Aldi’s is £5.49. Better quality fillets can cost much more.

I fry my Juicy Marbles steak in rapeseed oil for a few minutes on each side, almost zero effort for the nicely pink and fibrous result, which has a generous but mellow beef flavour. My bugbear with meat substitutes remains, that they struggle to bond well with any cooking fats and end up with a crispy char rather than a molten crust. Science, eh?

The flavours produced when a fatty steak meets heat is known as the Maillard reaction and I’m looking forward to the day when plant-based food pioneers really nail this. They’re not there yet.

I gave one to my vegan neighbour and she was very impressed, especially since she usually avoids over-processed fake meats. But when I tell her the price, she is shocked. Why, she asks, should people with environmentally conscious diets have to shell out more than methane-pumping meat eaters? Quite. This is clearly the early days of the faux fillet story, and there is more to come. Watch this space.