Spice up your life

The variety of spices available in British supermarkets has grown hugely in recent years. Sophie Morris picks the best to try out 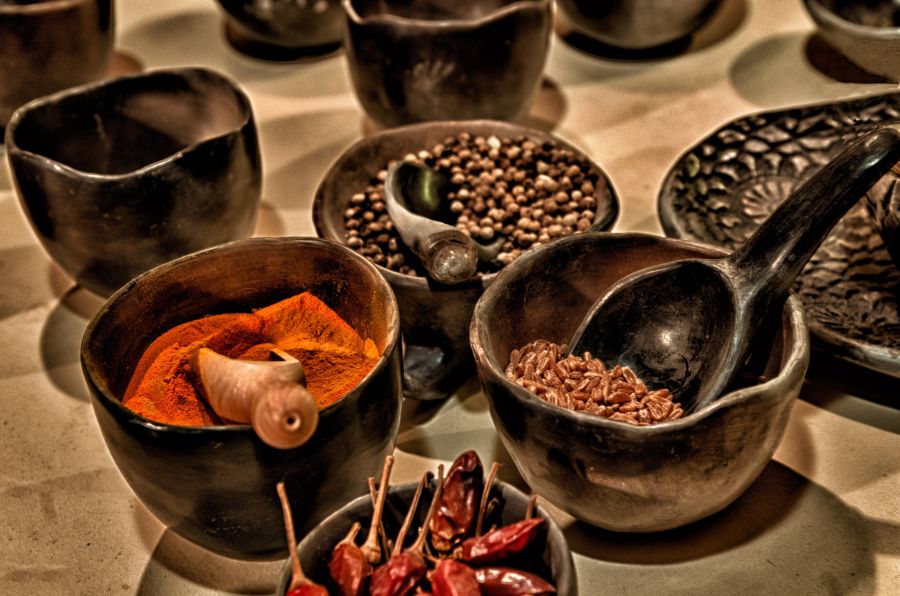 Britain has always had a taste for foods from every nook, cranny and corner of the globe, but our desire for new flavours develops every year thanks to the chefs who champion them, and how easily available the ingredients are.

The “Ottolenghi effect” is praised for popularising many Middle Eastern and Mediterranean ingredients, which the cookery writers Elizabeth David and Claudia Roden had tried to get us cooking at home decades earlier.

Some essential ingredients have previously proved tricky to get hold of if you don’t live in a city. But now most big supermarkets stock a wide range of spices - Sainsbury’s revamped its range to include za’atar, baharat and ancho chilli flakes in 2016 - and there are great quality online retailers such as Ottolenghi, Bart, Sous Chef and Honey & Co.

Despite the rendang ding dong on Masterchef earlier this month, we now expect to reproduce authentic dishes from all over South East Asia at home, too; try The Asian Cookshop website for anything you can’t find in a supermarket.

See which of these spices you fancy trying out yourself…

SUMAC Don’t be fooled by the appearance of sumac. Although it is a deep red flaky powder, it has a tart taste - much like citrus, though earthier - and is made from ground sumac berries.

Try using it anywhere you’d use lemon juice or zest: in salad dressings, on roast chicken or on fish, for example. Dust it on top of feta and hummus. Italians use it as a marinade for pork, with oil and garlic. You can even try it in sweet things such as biscuits, breads and pastries.

ZA’ATAR This is a spice blend typically made with dried thyme, oregano and marjoram, along with sesame seeds and salt, though sumac and cumin are often involved, too.

Middle Eastern supermarkets have long had entire walls of jars, and today you can buy it in Tesco, Waitrose and Sainsbury’s.

Chef Selin Kiazim, of modern Turkish restaurant Oklava, recommends adding it to breadcrumbs to make a “deliciously zingy” crumb for chicken, meat or fish. It’s also delicious on eggs - garnish scrambled eggs with it or add it to a tortilla before grilling the top - or sprinkle on oil-dunked bread.

BAHARAT This word means “spice” in Arabic, so it’s a popular ingredient when any type of dish needs a bit of welly. Every cook will have their own recipe, but in principle it’s a warming blend which will add an aromatic depth to your dishes - ideal if you’re not a fan of very hot foods.

Kiazim describes it as the “vital ingredient” in her grandmother’s spiced baharat bread, which she serves with date butter. At Honey & Co it’s used in lamb meatballs and lamb siniya, a shepherd’s pie-like recipe with a tahini and yogurt top - you can experiment with it in any mince-based dishes.

URFA CHILLI FLAKES Think of Urfa as the most mellow chilli you’ll ever meet. It’s a dark colour, almost black, instead of the typical fiery red, and has a rich, warm, and comforting flavour, achieved by smoking the peppers before they’re ground up.

It’s also known as isot pepper, and goes by this name in the kitchens of Hus Vedat, executive chef of upmarket Turkish restaurant Yosma, in London’s Marylebone. Vedat adds it to meat dishes for a smoky flavour, and uses it in a wood-fired lamb rump with smoky aubergine and lime yoghurt called Ali Nasik.

It’s still hard to come by in supermarkets, but you might find it in a good Turkish corner shop, and at online retailers such as Ottolenghi, Sous Chef, and Honey & Co. Kiazim uses it in a garlic mayonnaise.

GORAKA OR GAMBOGE Charith Priyadarshana, head chef of a collective of Sri Lankan chefs called Paradise, uses lots of goraka. “This spice comes from a bright orange fruit that is divided into segments and dried,” he explains. “It’s used in Sri Lankan fish curries such as ambul thiyal, and imparts a strong, savoury flavour. After cooking, we remove the goraka cloves as they are too strong and sour to be eaten by themselves.”

DUKKAH If you’re a fan of crunch and add nuts and seeds to your salads and veg, you’ll love dukkah. Ottolenghi’s dukkah blend includes hazelnut, sunflower, cumin, fennel, coriander, nigella and sesame seeds and sweet paprika. Try it on your porridge, fold it into hummus, or add it to veg with lots of olive oil before roasting them.

MALDIVE FISH OR UMBALAKADE “This is Sri Lanka’s answer to the shrimp pastes and fish sauces of South East Asia,” says Priyadarshana. “Used extensively across our curries, this is dried fish from the Maldive Islands that has been boiled, smoked and dried in the sun.” It’s found across vegetable curries and is a key ingredient in seeni sambol, a sweet onion relish.