Tahini is incredibly versatile - straddling savoury and sweet - and it is delicious. It is due to become the stand-out ingredient next year, says Sophie Morris 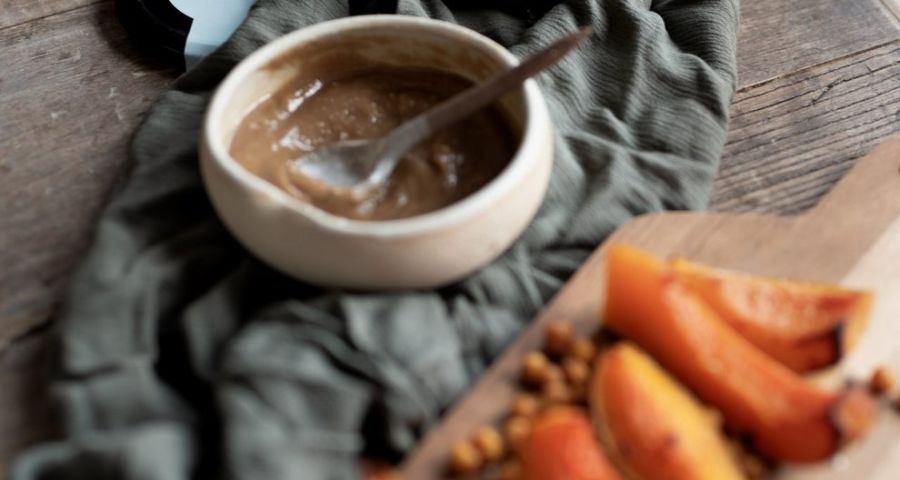 For Iliana Kapragkou, it’s been a relatively short ride from opening her business in March to being about to see her products on the shelves at Harvey Nichols - where her line of tahini spreads, Grecious, will arrive this month. But the journey hasn’t been straightforward.

Tahini is a product Kapragkou knows from her childhood in Greece, and something her grandmother used widely. She turned to it first for its health benefits, eating one tablespoon each day to help her cope with the stress of her job.

She soon decided she had found the product to fulfil her dream of running her own business, and she’s plugging in to a boom time for the delicious - and healthy - food.

Tahini is made from sesame seeds, roasted and ground into a paste. Nothing else. The seeds mostly come from Africa - Sudan and Ethiopia - and the tahini is made in Egypt and the Middle East. We’ve all tasted the tahini as the flavoursome foundation that gives houmous its rich, nutty edge. It’s the stand-out ingredient in our favourite dip, cushioned by creamy chickpeas, oil, salt, garlic and lemon.

Now it’s stepping out of its chickpea-shaped shadow, as chefs show us how to enjoy it on its own and in cooking, and brands like Grecious become more widely available. Kapragkou is in talks with Ocado as well as selling in farm shops and delis across the country.

It’s no wonder Ocado is after more tahini, even though it already stocks seven brands: Cypressa, RAW, Meridian, Biona, Waitrose, Belazu and Baracke. Its popularity is soaring. Waitrose has seen online searches for it rise by 700 per cent this year, and predict it as one of the great food trends of 2020.

This isn’t only because we love Middle Eastern food. There’s a de-mand for sugar-free spreads, and tahini, unlike most peanut butters, is salt-free too. There’s also a growing interest in vegan ingredients that pack plenty of protein, flavour and texture.

Helen Graham has been a chef at many well-known Middle Eastern restaurants before recently opening her own, Bubala, a vegetarian spot in East London.

She says that Middle Eastern restaurants opened her eyes to tahini and now she’s seeing it on other types of menu, as well as in more supermarkets.

She uses it to counterbalance hot flavours, such as with ezme, a Turkish chopped salad, and in a tahini, date and tangerine ice cream and compares it to peanut butter.

Kapragkou says that at first she found it odd eating by the spoonful. It is quite a sticky mouthful, but a dangerously moreish one.

I first experienced tahini in a sweet dish as a beetroot cake with a tahini frosting at Honey & Co, which also makes tahini and white chocolate babka. I’ve started drizzling it over porridge made with turmeric, then sprinkling more sesame seeds and pumpkin seeds, and perhaps some frozen berries.

Restaurateur Miles Kirby is known for blending ingredients from all over the globe on his Caravan menus. His new venture, Vardo, stays true to this principle and shows off tahini’s versatility.

There is porridge with dates and tahini in the morning, green tahini with Jerusalem artichokes, lemon tahini with chard, and it’s served with a few lamb dishes. “We use it in dressings, sauces, ice creams, even to flavour a cream inside a croissant,” he says.

Take away the croissant and its health benefits are impressive. Kapragkou, who has developed her business with a Prince’s Trust course, was suffering from exhaustion and meltdowns when she began to look seriously at bringing some balance back to her life. She started to eat a tablespoon per day and after three months noticed a big difference in her skin, energy levels and how she was able to manage her feelings. “It was easier for me to get up and go to work without crying,” she remembers.

Tahini is a rich source of B vitamins, which boost energy and brain function. It is also high in unsaturated fats, fibre and vitamin E, which protects against heart disease and stroke. It contains around 20g of protein per 100g, which is far more than milk (under 5g), tofu (8g), and lentils (9g).

Eran Tibi, chef and owner of Bala Baya and a graduate of Yotam Ottolenghi’s kitchen, has always used tahini in his cooking and saw its health benefits when a family member with ill health used it as a supplement.

“Tahini is such a versatile ingredient that can be used across all three courses of a meal,” he says, though he loves its sweet application in his dad’s cookies or his own desserts, and at the moment he’s using it at his Southwark restaurant in a cheesecake base.

Many ingredients from Middle Eastern and Mediterranean diets have become staples in British households. Is this tahini’s moment? Josh Katz, of Berber & Q, is such a fan that he has a pot of it at every BBQ he hosts, but he says we still need to spread the word.

“I think as Middle Eastern cookery becomes more familiar to people with its emergence as a food trend, people are becoming more familiar with tahini and learning how versatile it is,” he said.

“But it still has a little way to go in terms of becoming a staple that everybody knows about.”

More of us are making houmous at home, but if you want to give tahini a try, every chef I speak to makes the same recommendation: have it on toast.

Kapragkou has hers with a drizzle of her own wild honey. Graham has it with date molasses. Kirby has his with tomatoes, butter, chilli and salt.

And Kapragkou has a secret weapon in her range, if you want your children to love tahini. It’s a tahini with cocoa that she hopes will compete with the big chocolate spread brands. Not sure I can share mine.

TAHINI AND PRESERVED LEMON COOKIES By Sarit Packer, co-founder of Honey & Co To make roughly 16 cookies For the cookie dough 140g butter 200g light brown sugar 1 egg 110g tahini paste 150g spelt flour (or you can use plain) 100g strong wholemeal flour ½tsp bicarbonate of soda ½tsp baking powder zest of 1 lemon 2tbsp lemon marmalade 2tbsp chopped skins or preserved lemons (discard the pulp) For dipping (optional) 4 tbsp sesame seeds 4 tbsp demerara sugar Cream the butter with the sugar and the egg, then follow with the tahini and remaining ingredients and mix well to form a smooth dough. You can pop it in the fridge for 20 minutes to set before shaping into 16 balls.

If you wish, you can lightly roll the cookies in the sesame and sugar before placing on baking paper on a tray to bake. (You can also easily freeze the cookies and bake from frozen when needed - simply add four minutes to the baking time.) Space the cookies out, as they will spread; you may need two trays to bake the full amount. Bake for eight minutes, rotate the tray and bake for a further four to five minutes until the cookie starts to go golden, though you want to keep it rather soft and chewy. Remove from the oven and allow to cool on the tray before eating. They will keep well for a couple of days, if you let them.