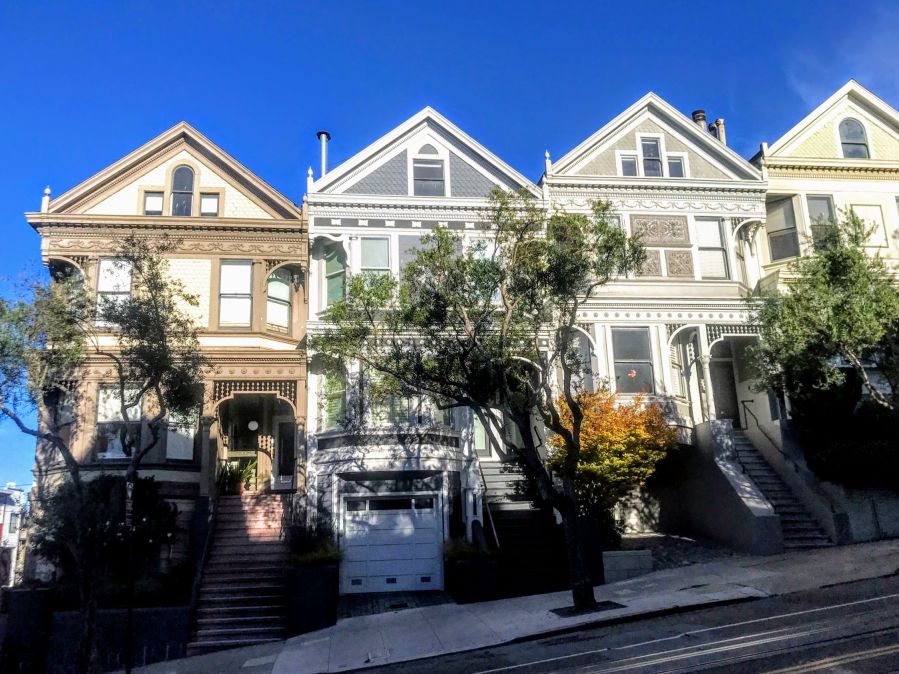 San Francisco is a small city – under 50 square miles – but it hasa big reputation. It’s the unofficial capital of Northern California, and has been an important stop on the counter-culture trail since the Beat writers of the 1950s and the 1967 Summer of Love pilgrims. Visit in autumn and spring for the best weather; fog and rain often shroud the city in the summer months.

This year San Francisco was named both America’s most liveable city (by the Economist Intelligence Unit) and the world’s most expensive city (by financial advice websiteWalletWyse). The influx of tech dollars might have sanitised some of the city’s more unique cultural highlights, but cash cows such asFacebook, Uber and AirBnb can’t wash away San Francisco’s knockout location between mainland California and the Pacific.

People have lived here since the Spanish arrived in 1776, but it hit the big time with the gold rush of 1849. Work soon began on landmarks that remain some of the city’s biggest draws today, including the iconic cable cars carrying residents up and down the steep streets, and the ornate Victorian mansions known as “painted ladies”.

Plans for the West Coast’s answer to New York’s Central Park began in the 1860s, as the city grew in size and stature. Today Golden Gate Park’s 1,000 acres of public grounds are overflowing with beautiful gardens, lakes and culture, including the California Academy of Sciences ($35.95), fine arts centre thede Young Museum ($15) and the Japanese Tea Garden ($9; free before 10am on Monday, Wednesday and Friday).

You’ll see most of the cityon foot, and whilehopping on and off the Muni bus and train system. In the Mission District you’ll find streets of murals on Balmy and Clarion alleys. Take in the seafront from the Ferry Building by the Bay Bridge, where you’ll find seafood stalls, and walk north towards Pier 39, a cheery tourist trap where sea lions bathe off the jetty. Saunter on through Ghirardelli Square and you can take the Powell/Hyde historic cable car ($7) up the steep streets to the Cable Car Museum.

The infamous prison, also known as “the Rock”, is an island 2km off the shore of SanFrancisco. Developed as a military prison in the 1800s, it was a federal penitentiary from 1934 to 1963, and home to some of the US’s most notorious criminals, including Al Capone. Take a half-day, day or evening tour to discover its chilling history ($38.25 for a two and a half hour trip).

This 1,500-acre park is a recreational hub, with 24 miles of trails, beaches, forest, a golf course and stand-out views of the city’s famous Golden Gate Bridge. Presidio is also home to the Walt Disney Family Museum($25), which features 10 galleries tracking the rise of America’s most famous and beloved animator.

For a special occasion try San Francisco’snew Lodge at the Presidio, where all 42 rooms have direct access to the national park. The hotel is a renovation of a historic National Park Lodge, and the closest you can stay to the bridge. Doubles from around $314, B&B.

Try the Inn on Castro for doorstep access to the historic and lively area made famous by Harvey Milk, America’s first openly gay politician, and his fight for gay rights in the 1970s. Doubles costfrom $170 atB&Bs.

Airbnb began when its SF-based founders rented out airbeds during peak conference season and added breakfast into the bargain for $80. I visited during Fleet Week, a naval gathering which swells the city by a million, and the free Hardly Strictly Bluegrass festival, which attracts 750,000 to Golden Gate Park, so I felt lucky to bag a private room in Gordon’s home at the foot of Twin Peaks. Gordon has lived in San Francisco all his life and can show you the city on one of his SF Native Guide Tours. From £66, including cuddles with a cockapoo.

Locals argue over where to find the best tacos, and the Mission District’s La Taqueria, with its melt-in-the-mouth carnitas and freshly pounded guacamole is a favourite.

The 50 Best Restaurants recently held its #50besttalks in San Francisco in recognition of how innovative the area is. If you’ve a healthy-looking bank balance, head to Atelier Crenn for a two-Michelin-starred tasting menu, or Rich Table for relaxed dining and beguiling dishes – think porcini doughnuts and sea urchin cacio e pepe.

State Bird Provisions is a hip restaurant on Fillmore Street, which started as an idea for serving quail and has since evolved into a lively spot mixing ingredients and influences as readily as any DJ. Popular dishes include brussels sprouts on toast with bagna cauda, and sauerkraut, pecorino and ricotta pancakes. Trolleys laden with dim sum treats of oysters and octopus also roll by every few minutes. Solo diners can eat at the bar, and lots of dishes can be ordered in half portions.

The city’s famous food trucks follow their own itinerant schedules, but check Off The Grid for details of daily markets where you can sample anything from lobster rolls to Filipino comfort food.

The Buena Vista Café, where Irish coffee was introduced to the US, is full of tourists but extremely satisfying: sip a glass of boozy caffeine at the long wooden bar while gazing out over the bay.

For something even sweeter, round the block is the Ghirardelli Ice Cream & Chocolate Shop; slurp on a shake or malt and watch the chocolatiers at work.

Stop for a house-brewed pilsner, porter or IPA at Magnolia Brewing in Haight Ashbury, which has a great food menu too. From here wander north-east and explore the ‘pan handle’ of the Golden Gate Park before getting your selfie in front of the Painted Ladies in Alamo Square Park. Then head down to The Page Bar, a friendly, no frills hangout for relaxed beers.

If you’re after big brands, head to Union Square, where you’ll find Macy’s, Bloomingdale’s and Tiffany. Explore Chinatown while you’re in the area; it’s the largest Chinese community outside China.

For a taste of the alternative style that made San Francisco’s reputation, wander down Haight Street. Flick through the goods at Amoeba Records and Booksmith, and the treasure-laden rails at the countless vintage clothing stores.

The Golden Gate Bridge. This rust-coloured wonder crosses the “Golden Gate”, a mile-long strait betweenSan Francisco Bay and the Pacific. When it opened in 1937, at 1,280m long and 227m high, it was the world’s longest and tallest suspension bridge.

What currency do I need?

What language do they speak?

English, though 25 per cent of Californians speak Spanish.

The tipping culture is more generous than in the UK; think a dollar or two for a drink and 20 per cent on a meal.

What’s the average flight time from the UK?

Travel from the airport to the city on the BART train in 30 minutes from $21. The Muni public transport system includes trains, buses, streetcars and cable cars, from $2.50 for a single ride, $7 for a cable car and $12 for a day pass. Ubers are plentiful.

Walk or drive to the top of Twin Peaks.

Your visit can do good! Tourism is being touted as a way to tackle San Francisco’s housing crisis –aproposal has been put forward to build the world’s tallest observation wheel, The Golden Gate Flyer, on the Bay’s Treasure Island. The foundation behind the wheel aims to use revenue to fund affordable housing.