What’s the best way to get children to eat healthily? Send them to cookery lessons that teach them to make meals - without a grown-up. By Sophie Morris 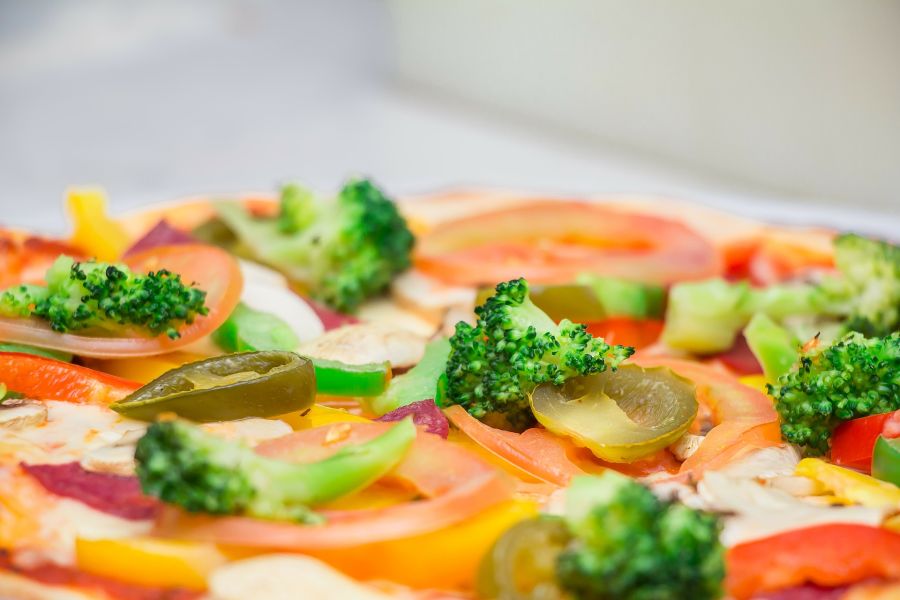 Paraav and his brother want to open a pizzeria, pixabay.com

Parents go to great lengths to get their children to eat spinach, that healthiest of foods, and the internet is packed with tricks for sneaking it into the diets of unsuspecting toddlers and teens. Try mixing it into pesto, we’re advised, or making spinach smoothies with banana or berries, or hiding it in a bolognese.

Amanda Grant has found a simpler way. She teaches children to cook healthy meals from scratch - dishes they can make themselves, rather than watch an adult making them - before sitting back to watch them enjoy their food. Parents tell her their children are eating spinach by choice.

Her approach is surely the best weapon against our obesity crisis.

Many parents, pupils and teachers would like to see cooking on the curriculum from primary age. In the meantime, a number of innovative organisations are bringing food back to the timetable - if only at lunchtimes and after school.

Key to Grant’s Cook School project is that the recipes are easy enough for students to repeat at home and feed their families. She ran some pilots last year and now operates in 20 schools across eight locations, including London, Gloucestershire and East Sussex. There are plans to more than double in size next year.

The children are also encouraged to share photos of the dishes they cook at home, as well as their own recipe ideas, some of which Grant uses in classes.

“Our courses are teaching a basic understanding of nutrition as well as life skills, helping to grow children’s self-confidence, teamwork and an interest in food,” she says.

Grant is an experienced cook and food writer and has written a number of best-selling cookbooks, including The Silver Spoon for Children and Kids in the Kitchen. She had been working to improve school dinners and eating at school with her friend Elisa Furci, whose background is in restaurants, when the idea for Cook School evolved.

“We’d spent time trying to change simple things, such as encouraging the children to sit down for a certain amount of time while they ate, with older children at the tables to help with things like water jugs,” Grant explains. “I’ve worked tirelessly to help children to understand food and enjoy cooking and eating, but I wanted to help on a bigger scale and run classes that are accessible to all.”

Grant and Furci then joined with Karen Morris, a parent who has fundraising experience, to launch Cook School. “I wrote a course of new, basic, healthy meals suitable for the children to cook almost independently, based on their developmental stage, the same principle I used for my latest book Kids in the Kitchen,” says Grant.

Cook School has some impressive fans, such as royal wedding cake baker Claire Ptak of Violet Cakes, and Chantelle Nicholson, the chef-patron of London’s Tredwells restaurant, who has worked with chef Marcus Wareing for many years.

Nicholson says of the project: “Teaching children to cook and think for themselves arms them with some amazing life skills - how to work in a team, how to be confident, how to try things out, or find solutions to challenges - and celebrate when they do! I’d like to see every school in the country adopt this approach.”

Another approach is to change the food children are fed at lunchtime - otherwise known as the “no turkey twizzlers” approach Jamie Oliver popularised but ultimately failed to make standard issue.

Oliver’s principles have taken hold in some schools, however, such as Hackney’s Gayhurst Community School, where the kitchen, and the children’s palates, have been transformed by chef Nicole Pisani, who left a career with Ottolenghi restaurants to nurture young diets. Pisani has inspired a string of school kitchens to overhaul the way they feed pupils. Grant encountered some considerable challenges for Cook School early on. For example, when the first pilot began in January, it was at a Hindu school in Stanmore, north-west London, where eggs, garlic, mushrooms, onions, meat and fish were off the menu.

“We made samosas, soda bread and noodles,” Grant recalls. “And now we use that same course elsewhere. It’s real food. That’s exciting from my point of view, because the children are taking their recipe cards home and cooking dinner for their families, then sending us photos of what they’ve made.”

The 10-week course of 75-minute lessons is tailored to a group’s age, and teaches the children a different skill each week for £7, which includes all food and equipment.

The skill might be something very simple - maybe podding peas, or learning different cutting techniques with scissors on cucumbers and fresh herbs. But these steps can yield tasty results, such as a fresh green noodle salad with a soy and honey dressing.

The groups of 12 students are taught by two teachers with limited equipment: a classroom with a single oven is enough.

Cook School is also running day courses, to enthuse whole schools about food. Grant did one day at a Gloucestershire school where she cooked with 327 children. “They all came in for half an hour and we made panzanella [an Italian bread salad]. The little ones were squashing olives and the older ones making the dressing.”

“My biggest driving force for this is to get children who don’t have the opportunity to cook, to cook,” says Grant. “One little girl said she was scared because she doesn’t know what cooking is.”

THE TEACHER
POOJA SINGH is a cookery teacher giving Cook School sessions at the Avanti House School in Stanmore, northwest London “When I was growing up my mum was a great cook so we were never really required in the kitchen, and when I went on to do a hotel management course I realised I didn’t know how to break eggs or hold a knife.

“Teaching children to cook when they’re young makes it a skill for life. They grow up with a lot of confidence, comfortable with the kitchen and the skills.

“Before we start, I explain what we’re doing and that it’s a healthy recipe. Sometimes they’re not happy about it being healthy. But once they’ve tried it they realise it’s nice, and they’re very proud of what they’ve cooked. I look forward to each lesson and I love the thrill that children get when they cook, and the expression on their faces when they taste it. It’s really satisfying.”

THE PUPIL
Meeta Thaker’s eightyear-old son PAARAV joined Cook School’s first class at Stanmore’s Avanti House “Paarav brought home a flyer and wanted to sign up immediately. He absolutely loved it and brought home lots of tips for us - apparently Mummy cuts peppers wrong! I guess we sometimes limit them at home, because we’re busy, and I’ve definitely cooked more with them since.

“Every week they sent home a little recipe card. He felt he could do things independently, and he did. He made dough for pizza from scratch, and I’ve never made it from scratch, and took his orders from everybody.

“Now he’s inspired his little brother, Saavan, and they want to open their own pizza joint. Since he’s been a baby he’s had a play kitchen, but now it’s turned into their own version of Pizza Hut.

“The little one likes sweetcorn on a margherita but Paarav eats everything - mushrooms, pineapple, broccoli, spinach. He’s always been a little averse to olives, but he’s given them a go, and has got a liking for mozzarella cheese.

“They’re learning a life skill, that’s the biggest thing, and boys often don’t get those skills.”