This spirit is so much more than a 2am shot to be downed with a wedge of lime. Sophie Morris finds the best bottles 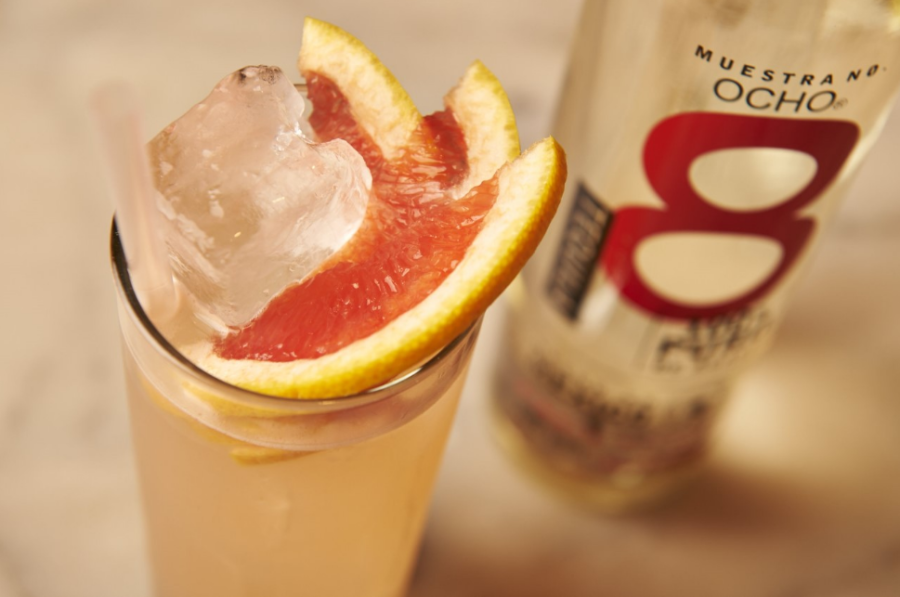 The maestro behind El Espolòn Blanco has a half century of tequila distilling under his sombrero and a keen eye for our growing knowledge of the spirit. This blanco tequila is made from 100 per cent blue agave from Destilladora San Nicolas in Los Altos (the highlands). Tastewise, it puts agave up front with citrus and pepper. masterofmalt.com

2. OCHO BLANCO LAS PRESAS 2018
£21.79
Best for: Slick design
Key specs: Volume: 500ml; ABV: 40%
Ocho prides itself on being the first “single estate” tequila, which means that each year it only uses agave from one location around Jalisco, producing vintages with very different tastes. We tried the 2018 vintage, Las Presas, which has notes of citrus and pepper with a warm herbaceous bouquet. thedrinkshop.com [

3. OLMECA ALTOS PLATA TEQUILA
£23
Best for: Margaritas
Key specs: Volume: 700ml; ABV: 38%
This tipple has been named bartenders’ first choice of tequila for making margaritas in Drinks International Annual Brands Report, so you’re in good company if you shake this over ice for your guests. It’s a premium spirit made from 100 per cent blue agave in the area of Los Altos 2,000 metres above sea level in the state of Jalisco. The taste is smooth with citrus notes; the blue agave brings with it the terroir of its red volcanic soil with rich minerals, as well as the spices and fruits which grow at this wild altitude. tesco.com

4. TAPATIO AÑEJO TEQUILA
£33.75
Best for: Complex flavours
Key specs: Volume: 500ml; ABV: 38%
This is impressive value for an añejo, aged for 18 months inside former bourbon casks. It offers the spicy notes of black pepper, clove and cinnamon, and the warm mouthfeel of toasted cream with a long finish. As one tester noted, it’s “worryingly drinkable”. thewhiskyexchange.com

5. MAESTRO DOBEL DIAMOND TEQUILA
£45
Best for: An unusual blend
Key specs: Volume: 750ml; ABV: 40%
Once you’ve learned your reposados from your añejos, it’s time to try this interesting approach from Maestro Dobel. This Diamond tequila is crisp and clear in appearance, like a classic blanco, but in fact it’s a blend of three aged tequilas: reposado, añejo and extra añejo. The result is a complex and creamy tequila, filtered to a clear liquid. It has some of the sharpness of a less-aged example, along with the interesting notes of spice and caramel that you’d expect from an aged spirit. masterofmalt.com

6. JOSE CUERVO RESERVA DE LA FAMILIA
£87.46
Best for: Complexity
Key Specs: Volume: 700ml; ABV: 38%
This was the world’s first extra añejo (aged for a minimum of three years) tequila and was released in 1995 to celebrate 200 years of the brand. As the name suggests, the agaves that are used are selected from the Cuervo family’s private collection. The influence of extra ageing is evident on the nose, where you will find oak, spice and dried fruit, and on the palate with toasted almonds, vanilla and cinnamon. The finish is long and complex. amazon.co.uk

7. DON JULIO 1942
£104.85
Best for: Rich flavours
Key specs: Volume: 700ml; ABV: 38%
Aged for two and a half years, this añejo tequila was created in 2002 to celebrate 60 years of founder Don Julio Gonzalez creating the world’s first luxury tequilas. If you like cognac and brandy you will love the notes of dark chocolate, fudge, dried tropical fruits and vanilla. Don Julio, owned by Diageo, is the most valuable tequila brand in the world. amazon.co.uk

8. CASAMIGOS REPOSADO TEQUILA
£59.25
Best for: Sipping like a sherry
Key specs - Volume: 700ml; ABV: 40%
This example of a reposado tequila is made by George Clooney and Cindy Crawford’s husband Rande Gerber. A reposado has been left to mature for up to a year, taking on a mellow taste and pale golden colour. This one, which is perfect for those with a sweet tooth, has been aged for seven months in bourbon barrels with delicious notes of vanilla, caramel and toffee.Try on the rocks with a wedge of orange. thewhiskyexchange.com