The prawn of a new age for UK seafood?

Sales are up and we’re getting braver with our shellfish demands, as Sophie Morris reports 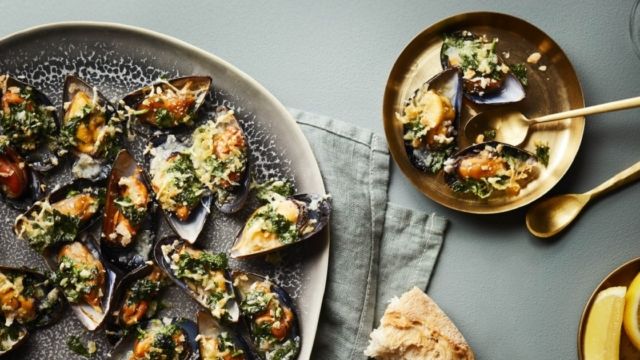 We’re half a mile from the Kent coast and much of this catch is local or British, but Jason Llewellyn, who owns Fruits de Mer in Broadstairs, also buys and sells around the world.

Half a mile down the road on the beachfront is Flotsam and Jetsam, a pop-up serving cones of fritto misto, battered cod cheeks, ray wings and mussel and cockle popcorn, a “Covid baby” opened while the adjacent restaurant was closed.

It’s been such a success, says co-owner Katherine Hughes-Jones, that its doors are staying open. “People love our take on traditional fish and chips,” she says. “The odd person is looking for old school but we can direct them up the hill to get what they want. Fritto misto, crab dumplings and monkfish scampi in squid ink batter are super popular. Our skate wings and Kiev are also big sellers.”

Also on the menu are red “carabineros” prawns, a fashionable meaty prawn usually fished off Argentina, North Africa, and in the Med and so in demand that Sicilian boats are risking capture by Libyan patrols in a so-called “prawn war”. A few years ago these were hard to find in the UK, but Aldi has just started stocking them.

It can be hard to find unusual seafood if you don’t live near a decent fishmonger, but some of the big supermarkets are betting on a British seafood revival.

Sales tripled at Waitrose over the past six months, with clams, cockles and oysters all popular buys despite many consumers’ nervousness about eating shellfish and a general lack of knowledge around cooking it.

While British fishermen wait to hear whether the Prime Minister is taking back control of our waters - the reason the industry broadly supported Brexit - Llewellyn is cautious to herald an early renaissance for the industry. “We did see a peak in August for Eat Out to Help Out and people were buying more shellfish to eat at home,” he says.

“We probably sold double the mussels we usually would, but it’s dropped off now. They said people would continue to shop locally but they seem to have gone back to their old habits.”

The value of the UK fish and shellfish market is estimated at £3.9m. A Mintel report into the effects of Covid-19 on the sector suggests it will grow in volume over 2020 but struggle through 2021 as prices rise. Consumers may trade down in quality from chilled to frozen fish or branded to own-label, for example. Nine in 10 of us eat fish or shellfish but only a third eat fish once a week or more, and just 18 per cent consume shellfish this often.

Waitrose began selling British clams from the Dorset Shellfish Company in July and sold double the expected volume. Sales of fresh oysters and mussels - both sustainable ways to enjoy seafood - have increased by 74 per cent and 25 per cent compared to last year.

Oysters are also growing in popularity and availability. Bobby Groves is the author of Oyster Isles:

A Journey Through Britain And Ireland’s Oysters and has worked in the industry since 2006. “The oyster renaissance is part of a bigger picture of global food trends,” he explains. “Oysters are a protein-rich food that improves the environment it is grown in while increasing diversity,” he says.

Ready to try your first? Follow his advice: ” Hold the oyster by the pointed end, lift the shell to your mouth and taste the liquor first, then tip the muscle into your mouth and chew. It is a flavour like no other on the planet.”

On the menu for starters
Carabineros
Also red prawns or gamberos rossos and prized for their large size and rich, meaty flesh. There are various types: the carabineros are usually fished off Spain, Portugal and North Africa. The prized Sicilian prawns are fished in very deep waters which gives their soft texture. Others come from Argentina, which were easier to get hold of during the first wave of Covid-19 when many Asian farms were struggling to supply our usual pink prawns.

Sea urchins
A rare treat most likely to be found in Japanese or Italian restaurants, usually sold live and served raw. Only the sex organs which run around the inside of the shell are eaten, which are orange and a sort of rough paste with a textural feel in the mouth, and often incorrectly called roe.

In the 1970s British stocks were almost wiped out but some sustainable hatchery schemes are replenishing numbers.

Percebes
These Atlantic crustaceans known as goose barnacles are collected off the rocky cliffs of Galicia in Spain and Portugal. They’re incredibly expensive, £60/kg or more, because they’re so risky to harvest. The wilder the sea, the meatier the barnacle and the more dangerous to collect.

They are served steamed in briny water and you have to crack off the wrinkly casing before you can swallow the flesh.