Shopping for a pound of fresh

Instagram chef Miguel Barclay’s meals cost just £1. Sophie Morris joins him on a trip to the shops to find out how he manages it 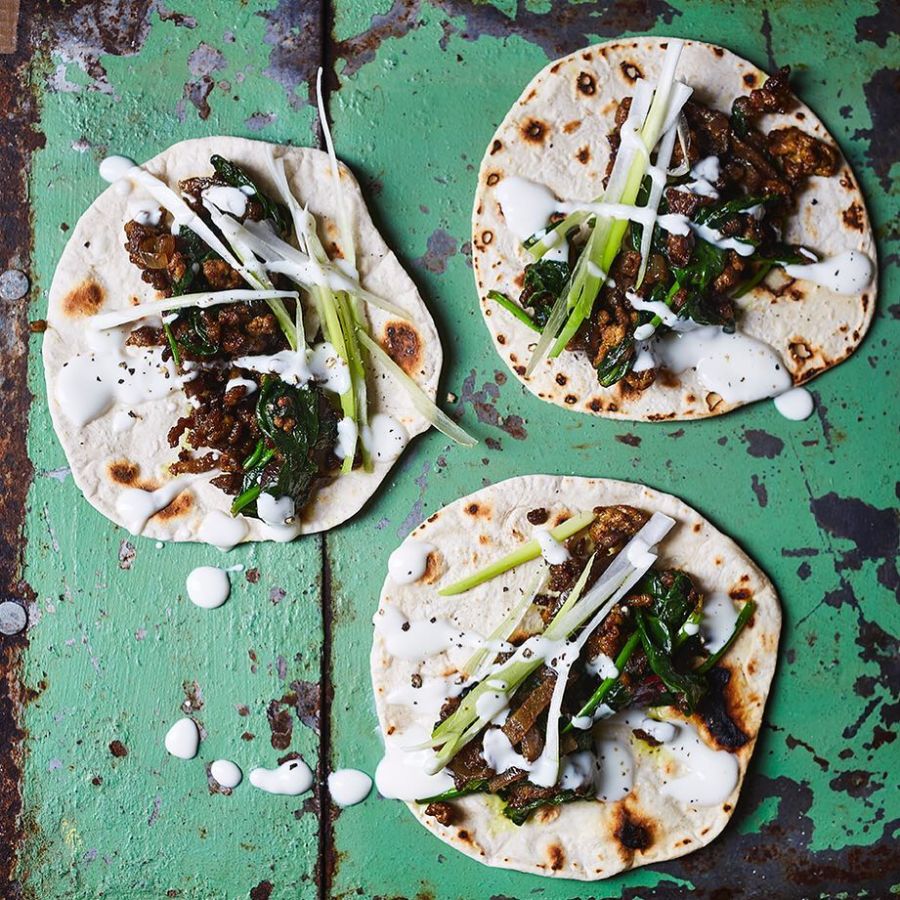 Miguel Barclay - the “£1 chef ” who cooks cheap-as-chips dinners for his 232,000 Instagram followers - has agreed to take me shopping, then cook me lunch from his new cookbook, Super Easy One Pound Meals. Barclay has created hundreds of budget recipes, from fisherman’s macaroni pie to one-pan lasagne and filo pastry nachos, for social media and his three books.

I imagine he’s a canny shopper, and picture him diving on over-ripe produce as markets prepare to close, and bartering for bowls of lemons outside corner shops. No doubt he’s a common sight stalking the reduced aisle at a few minutes to midnight. Where will we source the ingredients for the one-pound paella he’s promised me? Barclay takes me to his local Sainsbury’s in London. One rule of his budget shopping is that the ingredients should be available to anyone who uses his recipes, and at similar prices. He won’t take advantage of bargains and bogofs when planning meals, which for his new book can also all be made in one pan. The recipes are hearty dishes for one you can mostly make with a few minutes of prep: sausage and apple, baked mozzarella and polenta, butternut bhajis, white bean dauphinoise.

Barclay shows me the pork shoulders that he usually buys for £2.75/kg, which look decent and come from British-reared pigs. We pick up a 250g bag of frozen prawns for £2.75, which is £11/kg.

“I use the boring items that every supermarket has, which keeps the prices low, like feta,” he explains. “They’re all competing over the price of feta, but you’ll never find that with manchego. And I like fresh stuff. Is there really such a thing as a bad pepper? Same thing with carrots. And rice.” He’s in favour of Lidl’s new veg-box scheme, where 22 stores are selling boxes of “wonky” vegetables for £1.50. “Buying wonky veg is a great idea, and trust me, you won’t notice any difference except in your bank account.”

Like Barclay, I check prices every time I shop. I have a budget and hate being ripped off. But this is where our approaches to shopping and cooking diverge. I’m checking the price to keep an eye on what I’m spending. If I save on carrots and peppers, I’ll go and splurge on cheese. There are some great items in supermarket basic lines; but dairy products such as feta aren’t among them. If I can’t afford decent meat, I don’t buy it.

One of the tenets of my approach to food is that yes, there really are such things as bad peppers, and bad tomatoes, and bad apples. The badness might be in the way they taste (can’t everyone tell the difference between the many types of tomatoes?) or it might be to do with the way they were grown, or connected to how the people who grew them were treated and paid.

Boring, I know. Such matters are no fun when there are crowds to cook affordable meals for. “I do this for fun,” explains Barclay. “I don’t do it because I’m poor, or to preach anything or to prove anything. It’s just because I find it fun to see what you can cook for a pound.”

He insists that he has no interest in politics, of food or any kind, although Jamie Oliver is his biggest inspiration, and he models his relaxed food styling on the Jamie aesthetic. Yet while I’m with him he’s also making up recipe boxes for a local food bank. He also hates food waste, so writes recipes to fit together over a few days, so cooks can use up ingredients.

Is this why there’s little evidence of food in his all-white Instagramready kitchen, which he recently built himself to have a better space for making videos? I press him and he opens a cupboard to reveal shelves and trays packed with pasta, grains and spices and other standard larder items.

I offer to help with the cooking but the recipes are so simple there’s little I can do. For the paella, Barclay fries strips of red pepper, then adds the prawns and peas and a stock cube, and takes it off the heat to stir in the couscous. We break for a quick Instagram story, then start on the Sloppy Giuseppe, tiny balls of mince cooked with onion and diced green pepper in passata, topped with mozzarella and oregano, then grilled. It’s delicious, what can go wrong with juicy meat, baked tomatoes and melted cheese? The paella isn’t something I’d recommend, because the prawns are hard and tasteless.

Barclay prides himself on being a normal bloke who still eats McDonald’s, though he’s gone off KFC, and who spends his evenings in local pubs with his mates. He says he has lots of wealthy fans who will cook his dishes using betterquality ingredients, but he wants to make cooking accessible and fun, and fears that budget cooking has a poor reputation for revolving around lentils and beans, which puts people off. I agree. More importantly, Barclay’s approach has the potential to affect something much bigger than Instafans in search of a great photo - he’s targeting the midweek cooking market, which is disappearing because we’re too knackered to cook after a long day at work. This is having a terrible effect on the country’s health overall.

He shows me a copy of Gregg Wallace’s Eat Well For Less: Quick & Easy Meals. “I hate every single meal in this, it’s depressing and horrible. This is 99 per cent of what budget cooking is. It all looks disgusting.”

A poll commissioned by The Independent in June found that one in 14 British adults had used a food bank. As fun, good-looking, and tasty as Barclay’s meals are, they’re also essential.

His approach teaches me a few good lessons too. I’d planned to make an expensive stop at M&S for last-minute dinner ingredients, but instead I head home and make his smoked mackerel and kale carbonara.